Written between 1811 and 1812, the 7th is the only Beethoven’s symphony that aroused, throughout the centuries, the greatest variety of explanations. Beethoven himself did not give any indication as he did for instance with the 3rd, the Eroica, or the 6th, the Pastoral.

The most popular description was given by Wagner who, in conversation with Listz, called it “the apotheosis of the dance“. But many others tried to define what the 7th is about: Joseph d’Ortigue called it a procession in an old cathedral or catacombs (1863); for Adolf Bernhard Marx it was a tale of Moorish knighthood (1859); for Ludwig Bischoff was a sequel to the Pastoral symphony.

A Dr. Karl Iken, the editor of the Bremer Zeitung and a contemporary of Beethoven, read it as the depiction of a political revolution:

“The sign of revolt is given; there is a rushing and running about of the multitude; an innocent man, or party, is surrounded, overpowered after a struggle and haled before a legal tribunal. Innocency weeps; the judge pronounces a harsh sentence; sympathetic voices mingle in laments and denunciations. … The magistrates are now scarcely able to quiet the wild tumult. The uprising is suppressed, but the people are not quieted; hope smiles cheeringly and suddenly the voice of the people pronounces the decision in harmonious agreement.” 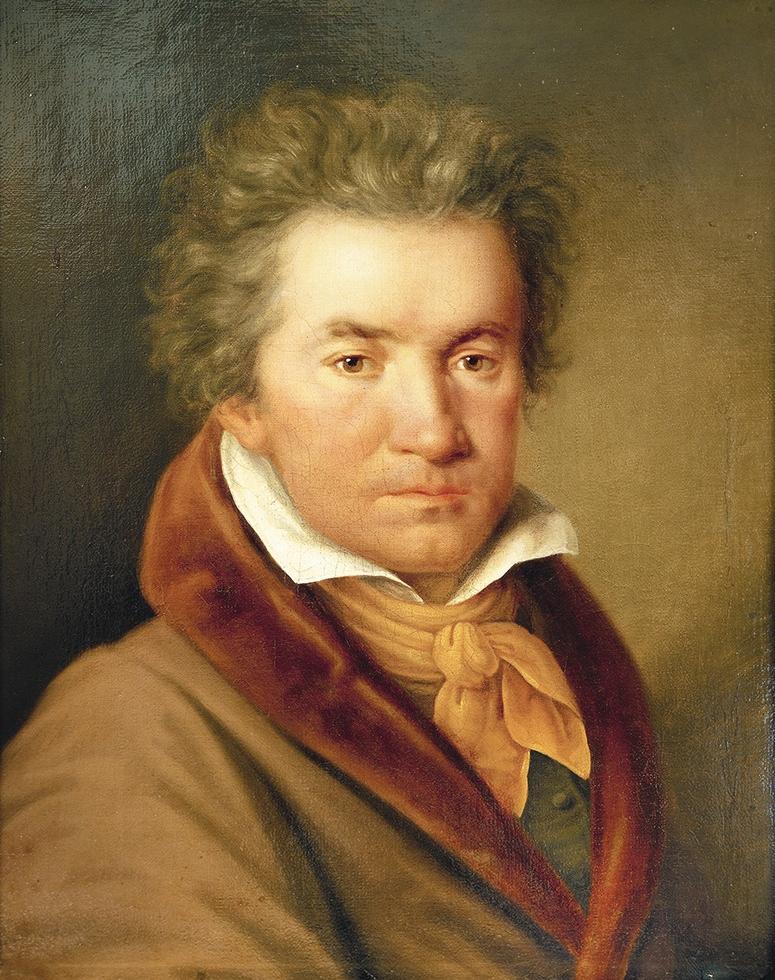 Portrait of the composer by Joseph Willibrord Mähler in 1815, two years after the premiere of the symphony

While some of these ideas might sound colorful, they do accentuate how different the interpretation of this symphony can be.

The 7th premiered in 1813, in Vienna, with Beethoven himself conducting. The occasion was a charity concert for the soldiers wounded in the Battle of Hanau – a battle fought between the Austro-Bavarian corps and a retreating Napoleon.

Beethoven Symphony n.7: an analysis of the 1st movement

To realize the increasing importance of the woodwinds is sufficient to listen to the opening of the Poco Animato.

A full orchestra chord and then nothing, just an oboe with a very simple and lyrical line on an arpeggio.

What are we going to listen to? What do we expect? Something soothing perhaps given the gentleness of the woodwinds’ line?

It’s a decoy: it should be clear right from the first chord, ranging from the low A1 all the way up, that we’re in for something special.

Just so we don’t miss the point, Beethoven reiterates the strong chords a total of 4 times, falling back every time into a more reassuring gesture but adding each time an extra wind instrument. It’s a brilliant way to thicken the texture and widen the spectrum.

The strings are in the background, waiting patiently.

What Beethoven does is introducing us slowly to the rhythmical feast that is about to begin.

The violins, tentatively give us the rhythmic element of this slow introduction: a scale in 16th notes. 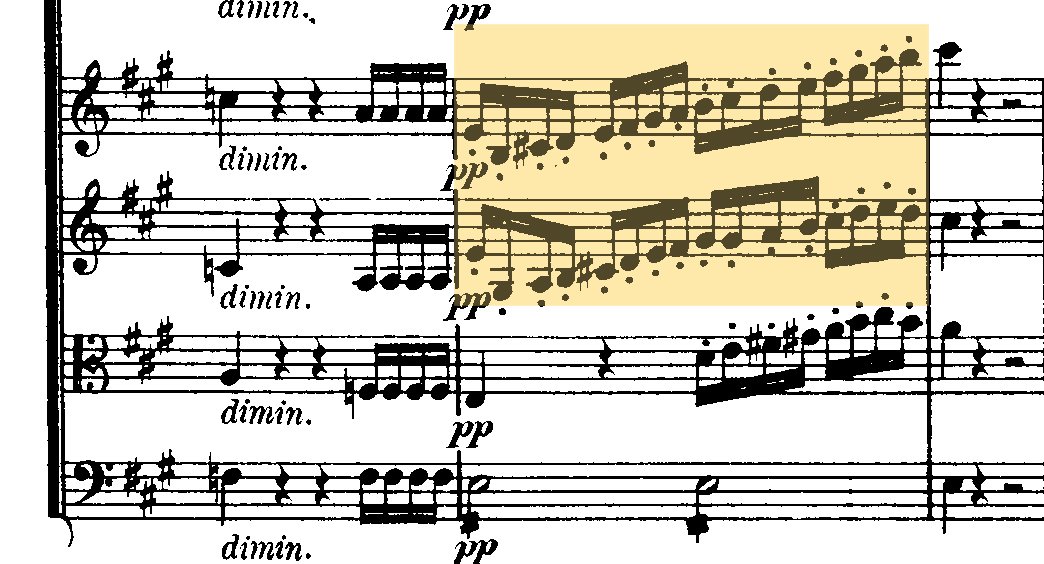 It’s just one bar. It’s a question, answered by the winds

The question is repeated, and, with a big crescendo, we land on a tutti. The first motivic cell we heard from the woodwinds is now juxtaposed to the rhythmic material: only, now it’s bouncing between the 1st and 2nd violins and its character is completely different. Each note has a sforzato marking in fortissimo: Beethoven is asking the players to go beyond their loudest dynamic at the time.

We move to a new theme, suspended in the air, introduced, once again, by the woodwinds