In 1827, the 23-year-old Hector Berlioz attended a performance of Shakespeare’s Hamlet in Paris; the charismatic Irish actress Harriet Smithson was playing Ophelia. Berlioz was totally struck by her and wrote her an impassioned letter to which she did not reply. Undeterred, he continued to bombard her with messages but she left Paris without making contact.

Berlioz wrote to a friend:

“You don’t know what love is, whatever you may say. For you, it’s not that rage, that fury, that delirium which takes possession of all one’s faculties, which renders one capable of anything.”

The Symphonie Fantastique is a programmatic symphony in 5 movements: it tells the story of an artist gifted with a lively imagination who has poisoned himself with opium in the depths of despair because of hopeless, unrequited love.

Clearly autobiographical, as Leonard Bernstein put it: “Berlioz tells it like it is. Now there was an honest man. You take a trip, you wind up screaming at your own funeral.” 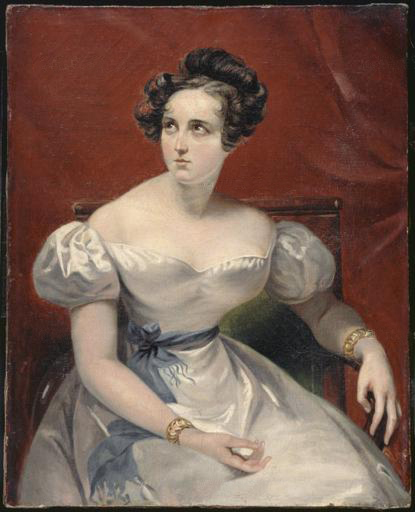 Harriet Smithson did not attend the premiere in 1830, but she heard the work in 1832 and realized Berlioz’s genius and also that she might have been the inspiration for it. The two finally met and despite neither speaking the other’s language they married in 1833.

However, their marriage became increasingly bitter, the obsession faded away and they eventually separated after 7 years of unhappiness.

In Berlioz opium-altered mind (where the opium was most likely only his infatuation), Smithson had turned into a musical idea. But not just any musical idea: this became an obsessive, recurring idea; an idée fixe, or, if you prefer, a leitmotiv. A leitmotiv that will be the glue of all 5 movements, wandering through it like a ghost. In various forms but always clearly recognizable.

As mentioned, the Symphonie Fantastique tells a story: each movement depicts an episode in the protagonist’s life (a young musician) that is described by Berlioz in the program notes to the 1845 score.

The first movement is titled: “Rêveries – Passions“: dreams (or visions) – passions. As Berlioz himself wrote:

“The author imagines that a young musician, afflicted by the sickness of spirit which a famous writer has called the vagueness of passions (le vague des passions), sees for the first time a woman who unites all the charms of the ideal person his imagination was dreaming of and falls desperately in love with her. By a strange anomaly, the beloved image never presents itself to the artist’s mind without being associated with a musical idea, in which he recognizes a certain quality of passion, but endowed with the nobility and shyness which he credits to the object of his love.

This melodic image and its model keep haunting him ceaselessly like a double idée fixe. This explains the constant recurrence in all the movements of the symphony of the melody which launches the first allegro. The transitions from this state of dreamy melancholy, interrupted by occasional upsurges of aimless joy, to delirious passion, with its outbursts of fury and jealousy, its returns of tenderness, its tears, its religious consolations – all this forms the subject of the first movement.”

By the way, the famous writer was none other than François-René de Chateaubriand.

Interestingly, however, the notes that Berlioz writes in 1855 are much more concise and to the point:

“He remembers first the uneasiness of spirit, the indefinable passion, the melancholy, the aimless joys he felt even before seeing his beloved; then the explosive love she suddenly inspired in him, his delirious anguish, his fits of jealous fury, his returns of tenderness, his religious consolations.”

Berlioz’s Symphonie fantastique: an analysis of the 1st movement

We’re gonna have to wait for 5 minutes from the beginning of the symphony to hear the full idée fixe. Berlioz opens with a slow introduction, one of the most difficult tests for any conductor. 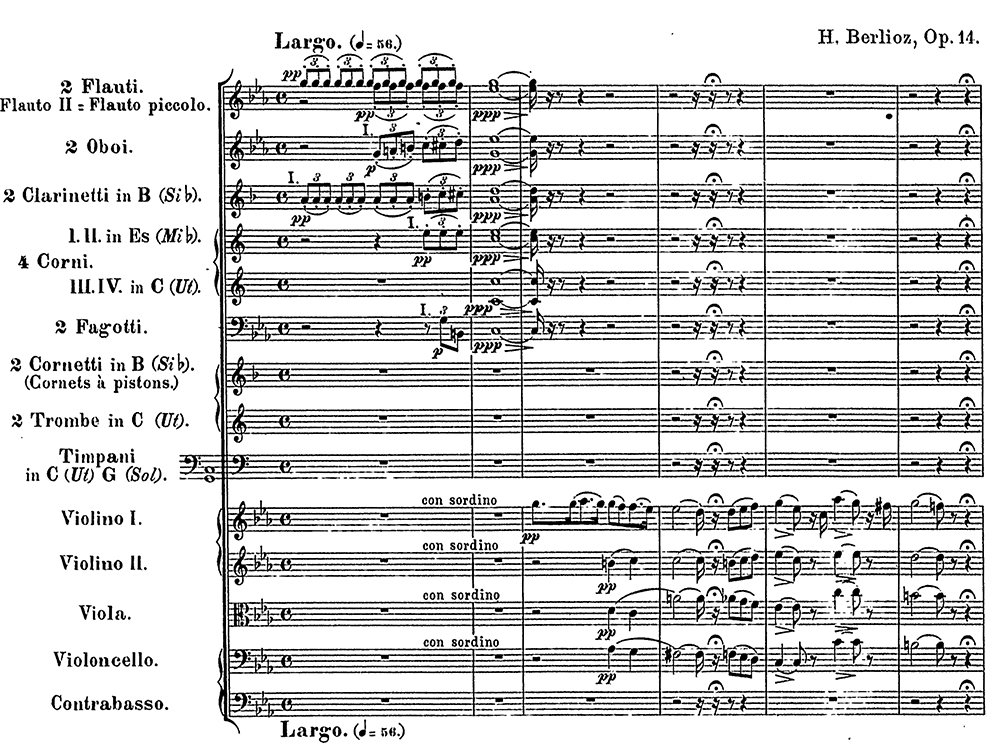 Keep in mind that this piece is a constant exchange of keeping control and letting go between the conductor and the orchestra: as a conductor you need to know exactly where you are needed and where you would be only getting in the way.

Generally speaking, keep it clean and simple: the first 6 bars for example can be conducted with your left hand only. You can save your right hand for the pizzicato of the violas and cellos on bar 7. Keep going with the left hand and use your right hand again to get the basses on bar 12.

which inevitably falls back into the melancholy of the beginning 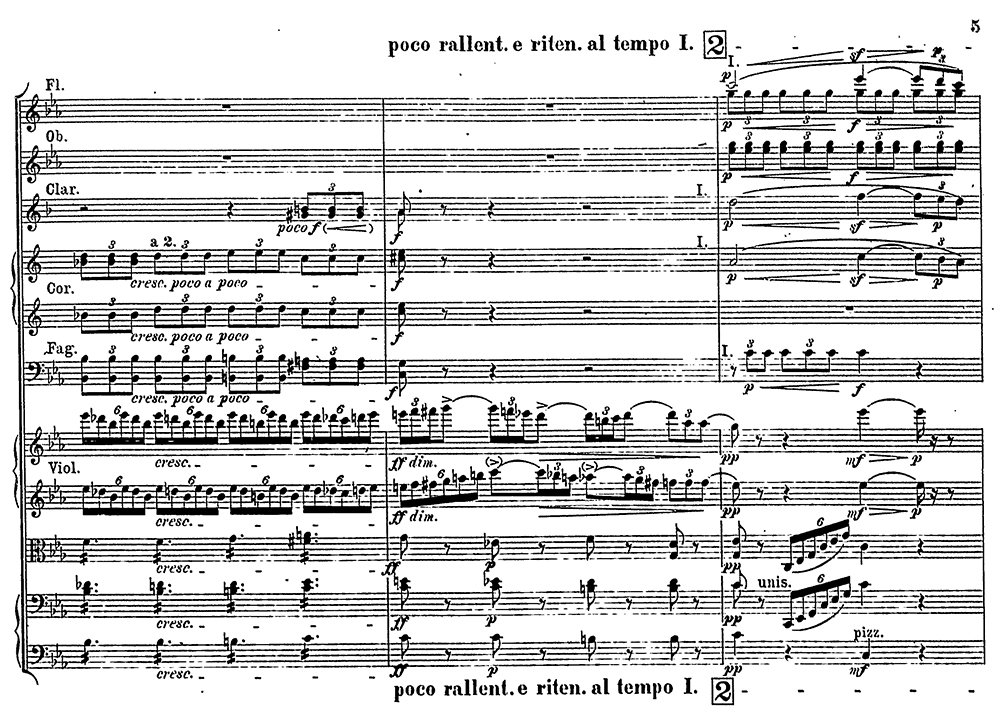 This is an incredibly difficult section to conduct, especially for the tempo which needs to gradually and very seamlessly go back to the Tempo primo. In fact, Berlioz himself was aware of it and he put a note in the score, urging conductors to rehearse this passage again and again.

The dream continues and we get to a very weird part of it: it begins with a dance gesture in the 2nd violins

followed by drops of rain in the 1st violins