Referred to as ‘the father of the symphony’ Haydn was the first composer of the great trio of Viennese composers – the other two being Mozart and Beethoven – forming together the heart of the Classical period.

In 1791, the year in which Mozart died aged 35, Haydn was 59: he had just embarked in what would be the most successful decade of his career.
Haydn had spent much of his life as a court musician for the wealthy Esterházy family: when the old Prince Nikolaus died in the fall of 1790 Haydn became less tied to his duties at court.

In London, Haydn was a celebrity: to the point where even the future King George IV (back then the Prince of Wales) had bowed to him.

The King and Queen tried to bribe him with a flat in Windsor in order to convince him to stay in London. Eventually, Haydn refused and went back to the Esterházy in 1795

Haydn Symphony n.104 “London”: an analysis of the 1st movement

The opening of the slow introduction carries a sense of expectation and grandeur. It’s a rhetorical gesture, with a fanfare-like character: tonic to dominant, dominant to tonic. We are clearly in D. But which one? Major or minor? 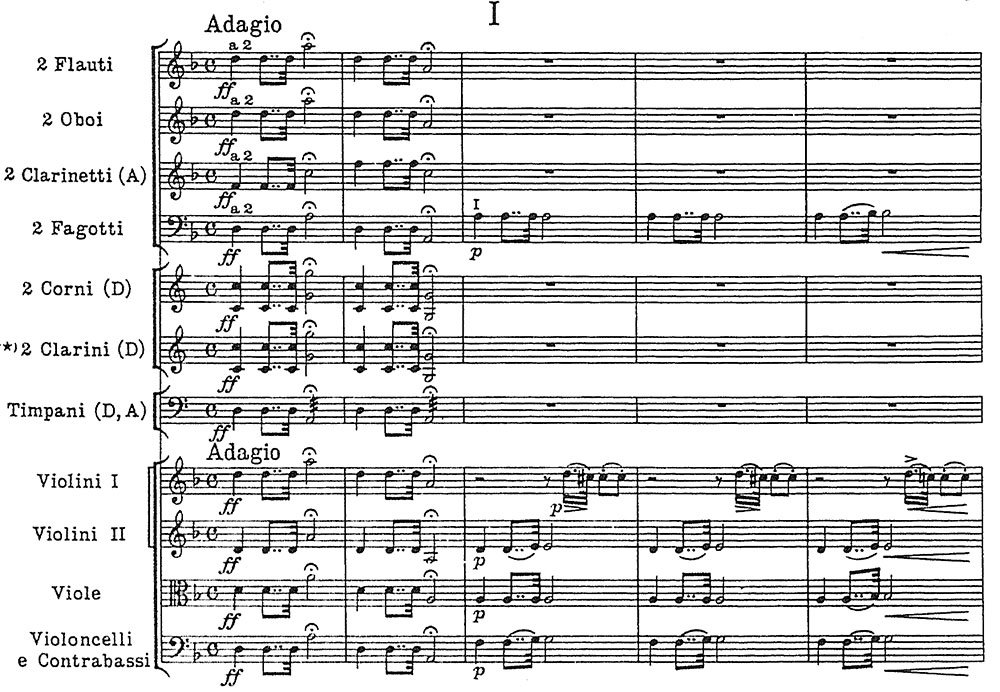 We know that for sure in the 3rd bar, with the F natural. Something similar happened in the opening of Mozart’s “Prague” Symphony, which we talked about in a previous episode. The sense of mystery continues: the dynamic drops to piano; the instrumentation is reduced to the strings and the bassoon; and instead of taking bold and assertive leaps, the music proceeds tentatively in smaller steps. But notice how the exact rhythm of the first 2 bars is repeated in the bass line

On bar number 5 we have the first change: the C# becomes a C natural, and the A (in the violas and bassoon) turns into a Bb. We’re moving to F major, the relative key of D minor