Mozart’s Symphony n.38 premiered in Prague, in January 1787. It needs to be noted that while his popularity was declining in Vienna, in Prague Mozart was a rockstar. His latest opera, The Marriage of Figaro, had had an enormous success. In a letter, Mozart wrote:

“…here they talk about nothing but Figaro. Nothing is played, sung, or whistled but Figaro.”

It’s possible that Mozart did not write this symphony with Prague in mind: the work was completed in Vienna on December 6, 1786, before he received an invitation to Prague. Mozart in that period was actually thinking about traveling to London.

But: going to Prague was something he could have not passed on. And this symphony became a gift to the city, which, in turn, gave it its nickname.

However, there’s a couple of peculiar things that point in a different direction: while Mozart did not write the symphony in Prague, he might have kept as reference their tastes and aesthetics, perhaps hoping for a future trip.

For example, Mozart goes back to a 3 movement form, departing from the more common four-movement structure. The 3 movement form was typical of earlier symphonies but as the symphony as a form in itself evolved, so did its ambition to become greater and longer. Hence, the 4 movements adopted in the second part of the 18th century.

The 3 movements structure could be due to the simple fact that Mozart knew that in Prague they did not have a particular appreciation for Viennese dances (and therefore he cut the Minuet); or to the fact that the first 2 movements of the symphony are particularly extensive and a Minuet would have thrown off the balance of the entire symphony.

On another point, Prague was famed all around Europe for its wind players. Mozart, with the Prague, offers them more than a chance to show off, with so many passages where the strings don’t even play. And there’s the matter of the beginning of the last movement: a quote from The Marriage of Figaro (the little duet between Susanna and Cherubino in Act II).

Of course, all of these things could just be coincidental. We’ll never really know for sure.

Mozart Symphony K.504: an analysis of the 1st movement

The first movement begins with a slow introduction, something Mozart does in only 2 other symphonies (the n.36 “Linz” and n.39). Daniel Freeman has noted that it is probably the longest and most sophisticated slow introduction written for any major symphony up to that time.

It’s a regal D major. Except, we don’t know it’s major until the third bar, as the F or the F# is omitted the first 2 bars. As a matter of fact, the ambiguity of major/minor is a key factor of this introduction. 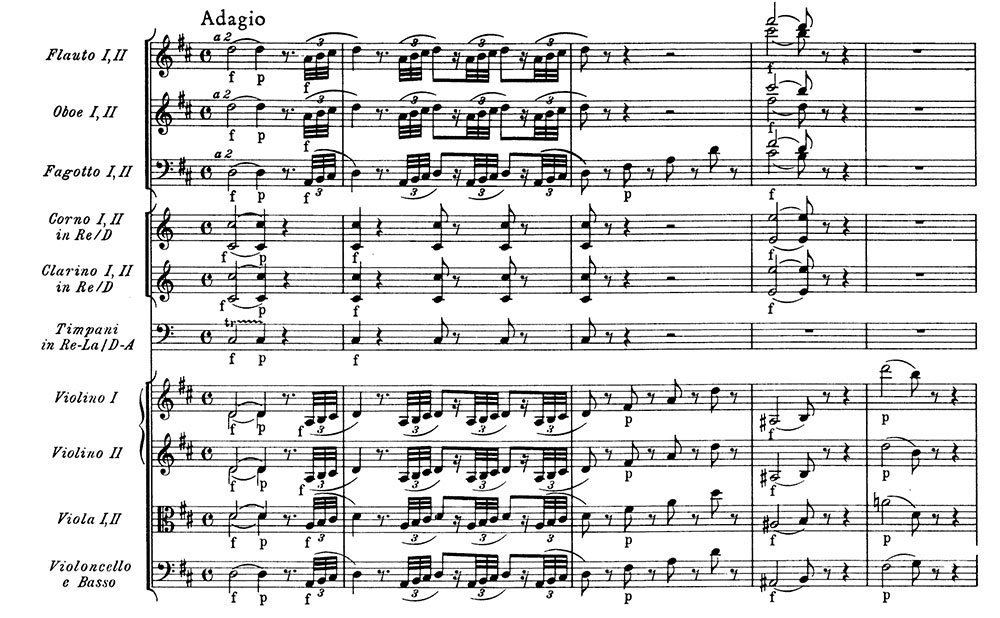 After a couple of bars of a lyrical theme 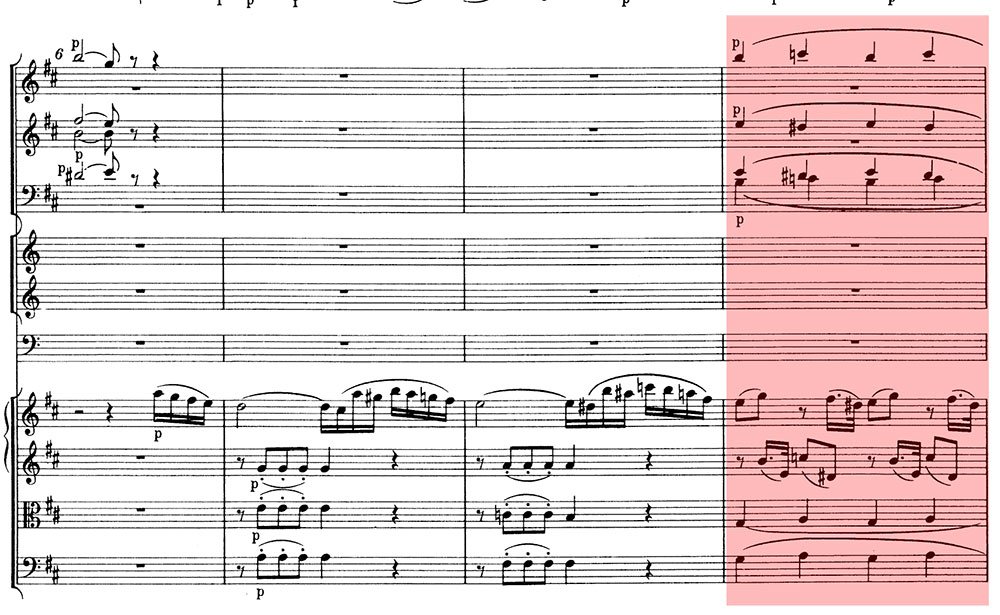 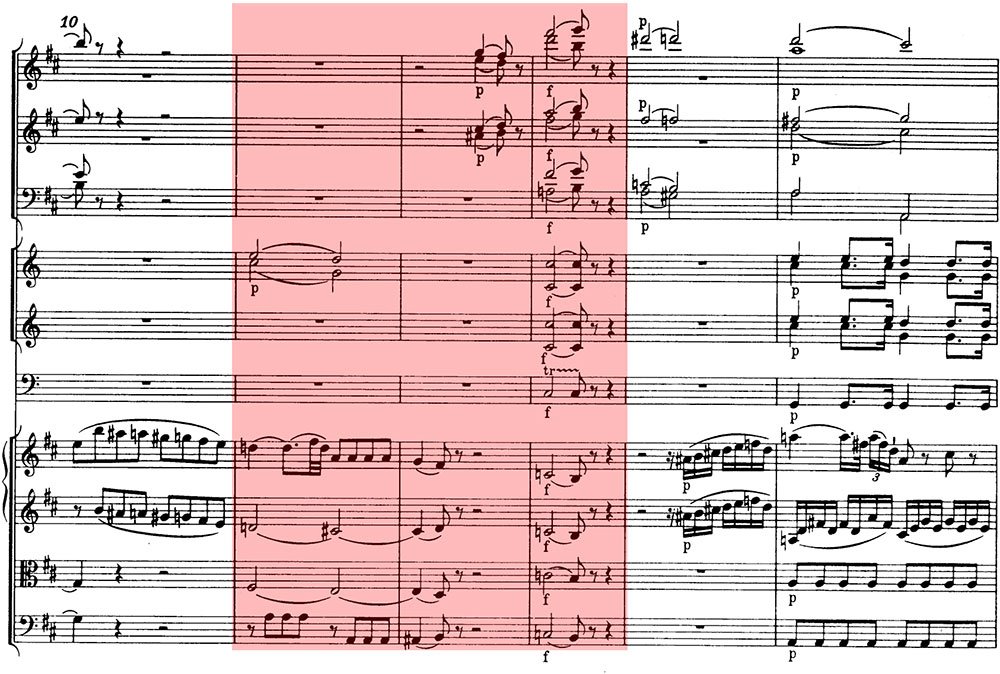