Born as a piano piece, the Pavane pour une infante défunte (Pavane for a dead princess) was written in 1899 by a young Ravel (Ravel was born in 1875), still a student at the conservatory in Paris at the time.

Ravel described the piece as “an evocation of a pavane that a little princess might, in former times, have danced at the Spanish court“. The princess is a figment of his imagination and indeed, the only real princess involved was the Princess Edmond de Polignac (born Winnaretta Singer), a noted patroness of the arts, to whom Ravel dedicated the piece.

The link to the Spanish court is clearly specified in the title, with the word “infante“, a title given to the children of the kings of Spain and Portugal who were not the elders. The piece falls within the lines of that renewed passion for Spanish music shared with some of the composer’s contemporaries. Which was helped of course by some very well known Spanish composers like Albéniz and de Falla.

But the link is not just a geographical one, it’s also a temporal one: the pavane was a dance typical of the Renaissance and became extremely popular in the 16th and 17th centuries. The choice was not made by chance: Ravel’s teacher, the great composer Gabriel Fauré, had written a famous pavane for orchestra back in 1887.

Ravel orchestrated his pavane much later, in 1910 and it is to this day one of his most popular pieces. It is a relatively simple piece, especially when compared to other works by Ravel who endure the same popularity, like the Suite from Daphnis et Chloe or his Piano concerto in G.

In fact, Ravel in later years tried to distance himself from it. He felt that it stole too much from Chabrier, and complained that its construction showed “quite poor form,” and was “inconclusive and conventional.“

By the way, Ravel himself made a piano roll recording of it in 1922 and supervised the recording of the orchestra version of 1932.

The Pavane is a very soft piece: and I don’t mean just in terms of dynamics. It’s soft in asperities too (and here’s the heritage and another influence of Fauré): wherever there are dissonances they are never sharp but always round on the angles.

The structure is also very linear: A B A C A. The real sophistication comes with the orchestration of which Ravel was an absolute master.

Take a look at the beginning: the strings, always muted, accompany a solo horn, like little drops of rain on this melancholic phrase. The horn, which usually has a very warm sound, here is almost cold when compared to the warmth of the flute and strings answer at the end of the phrase. 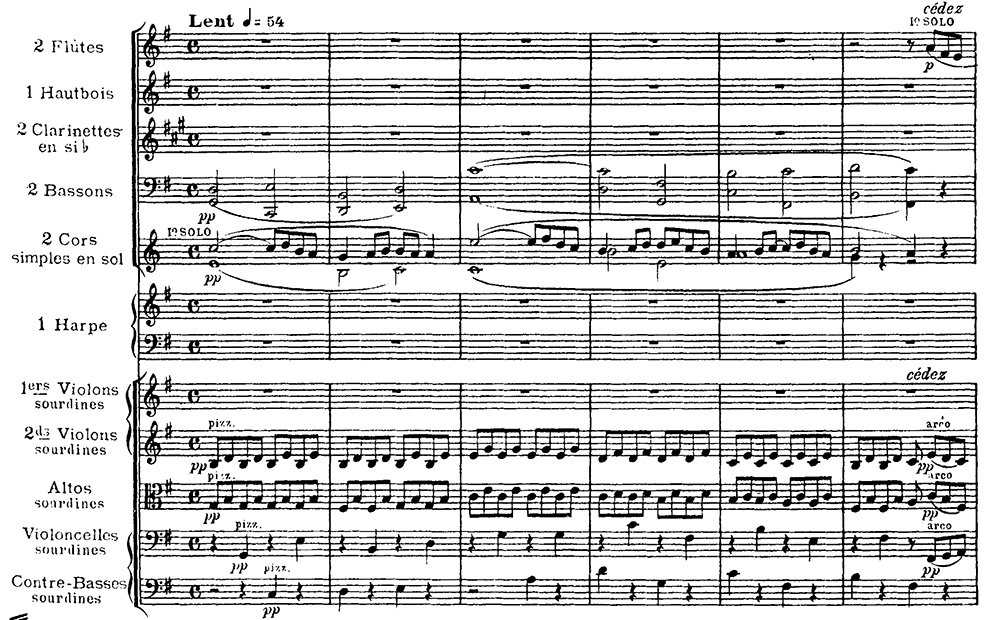 And the harp, so beloved by Ravel and Debussy, opens the phrase for a moment. 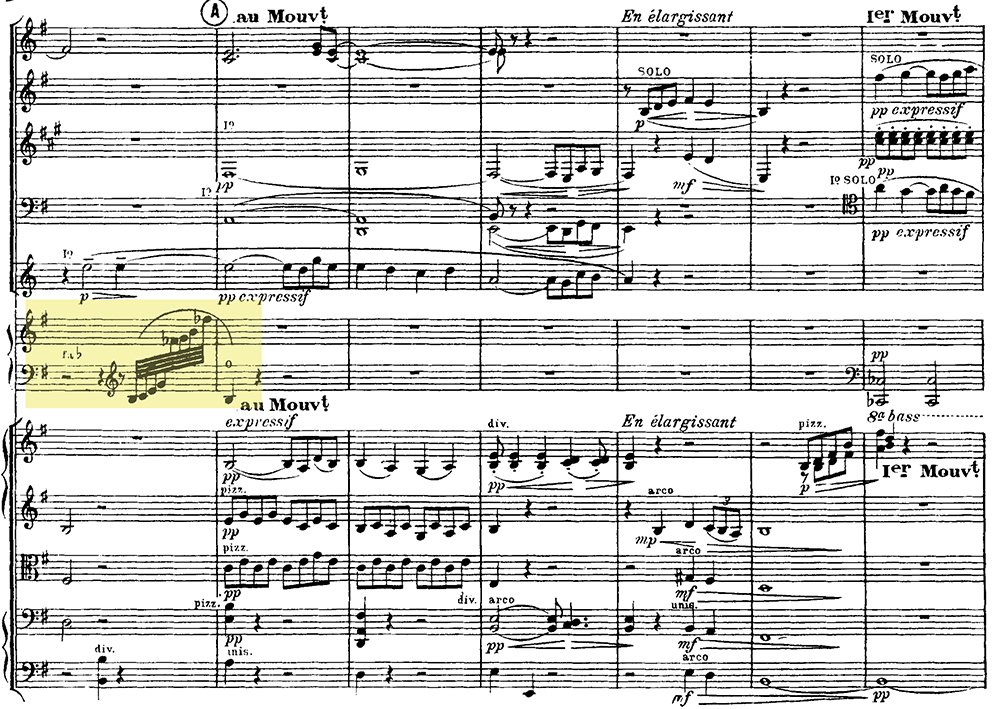 Until horns, clarinets and bassoons put a darker shade on it and lend it over to the oboe which introduces the B section.