Schubert’s Unfinished Symphony is one of the mysteries of classical music: it is not his last symphony and the composer did not die before being able to complete it, as it happened only a few decades earlier with Mozart’s Requiem.

The quality of the 2 movements that Schubert wrote is stunning, and especially the first movement is one of the most innovative works he had ever written. So, why leave it on the side?

It needs to be noted that part of it was due to Schubert’s modus operandi: he used to write sketches of compositions and then simply abandon them. There’s a good amount of fragments of piano sonatas for instance, or string quartets (like the famous Quartettsatz).

In the case of this symphony though, it does seem quite strange that Schubert would fully complete 2 movements of a certain magnitude and then just cast the whole project away. And yet, that he did. By the way, this symphony was sent as a thank you gift for an honorary diploma he received from the Graz Music Society in 1823. It’s rather strange to send an unfinished work as a thank you gift.

Many theorized that Schubert may have sketched an ending that instead became the great entr’acte in B minor from his stage music for Rosamunde, but that’s all to be proven.
The reasons that led Schubert not to complete the symphony are unknown; it is believed that the composer considered the use of ternary time heavy in all movements (unusual in the structure of a symphony), in fact, the first movement is in 3/4, the second in 3/8 and the third would also have been in 3/4. 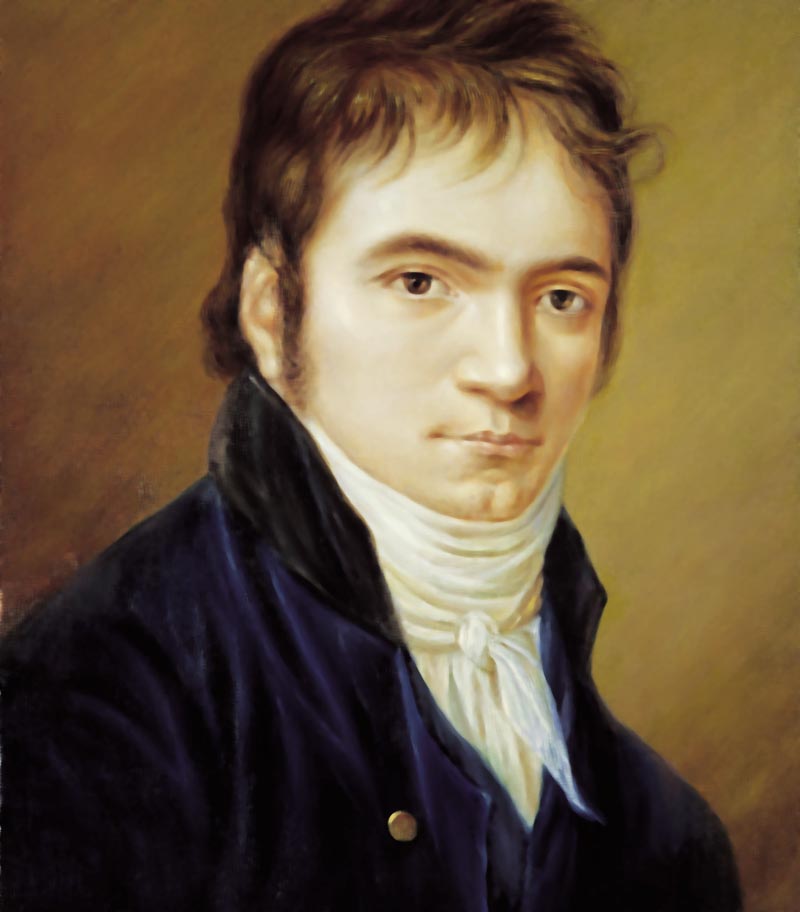 Given the fact that he had started and abandoned another 4 symphonies in the previous years, it could also be that he was going through a composing crisis, at least in regards to symphonic music. A self-doubt that was perhaps made bigger by the imposing and intimidating presence of another composer: Beethoven (who by the way was writing his 9th symphony in those years).

The tone of the Unfinished is unusual for a symphony of the classical period (neither Haydn, Mozart nor Beethoven ever wrote symphonies in the key of B minor) and constitutes in itself a symptom of the incipient transition to romanticism.

Written in 1822, Schubert never got to hear this work: he died in 1828 and the Unfinished was premiered only in 1865, coincidentally on December 17th, Beethoven’s birthday.

Schubert reveals his innovative concept, rather different from his previous symphony, right from the beginning: the key of B minor, for one, and the orchestration. The trombones play in the first movement: this is something that had never happened until now. Not even in Beethoven, who introduces them in his 9th symphony in the second movement.

The trombone in the classical era had a symbolic value and was usually associated with death and life after it. This opening to a different world is one of the characteristics of this symphony.

But Schubert also takes a different compositional approach: we are not going to find here the typical Beethovenian contrasts and tensions, with radical rhythmic or dynamic changes. This is a more contemplative work, like a story with a lot of digressions, and filled with mystery.
[/ppp_patron_only]

Schubert’s Symphony n.8: an analysis of the 1st movement

A mystery that can be found right away in the first theme, exposed by the cellos and basses

There’s no harmony in the other instruments, only this line played in octaves.
A line that disappears completely in the exposition of the movement but that will form the basis for the development and the coda.

On the other hand, the first and second themes will see almost no development whatsoever. It’s another way for Schubert to take distance from the style of the classical period.