Conducting technique: an introduction (And Why It Matters) 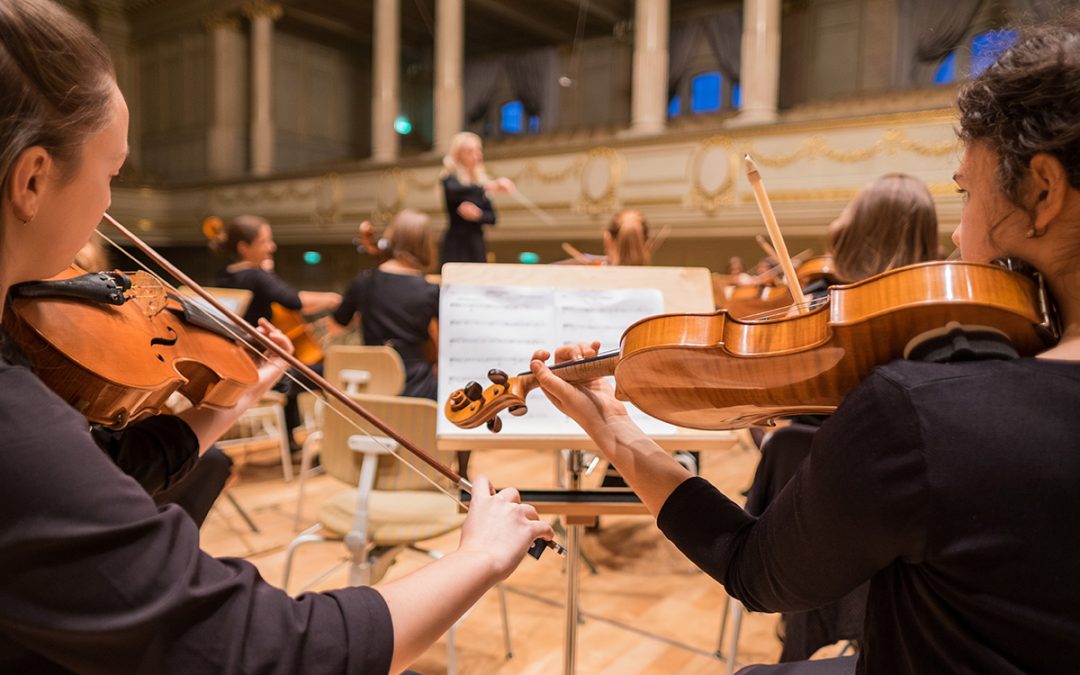 According to some, this is a debatable point: conducting technique (just for clarity, I’m referring to orchestral and not choral conducting) has been the subject of numerous discussions over the years, most of them with dubious thesis and, more importantly, conclusions.

Some schools believe that conducting technique essentially boils down to a few patterns while the art of conducting is demanded to a blurry definition of charisma. For others, conductors are born, not made, therefore there is no conducting technique per se but rather the innate disposition of an individual to communicate through gestures.

This type of approach, on top of colorful suggestions like “Just look at the conductors of the past” or “Bernstein conducted an entire movement of a symphony with his shoulders” and so forth, have created a void in many conducting “courses” and put students in the dangerous position of not realizing that most of an orchestra’s mistakes are due to the conductor’s shortcomings.

I certainly do not want to imply not to watch or learn from the great masters of this profession. However, parroting is not going to be helpful, if not harmful, especially for beginners.

If you play an instrument, no teacher will tell you that there is no technique you need to learn. If the sound that comes out of it is not pleasant, you wouldn’t blame the instrument (provided you have a decent one), would you? Yet, many young conductors are not taught that conducting, like playing any instrument, requires technique, and that a good technique allows a conductor to influence the sound of an orchestra, to shape a phrase without wasting words and, ultimately, to make music instead of looking like a useless metronome.

What is conducting technique?

The problem is, quite simply, decoding it: while we’ve had numerous educators, teachers, virtuoso who exploited the possibilities of various instruments and took the time to put on paper an how-to method, the same has not happened with conducting. The number of conducting technique books that do try to offer a practical guide to it is extremely limited.

Looking around, you can find some that seem to be praised left and right for no good reason like The Grammar of Conducting by Max Rudolf, which limits conducting to beating patterns (a short-sighted vision I wouldn’t call conducting at all).

Then you have the ones tied to their creator: the Saito Method, the Musin method, the Scherchen method. All valid approaches for one reason or another.

Ilya Musin‘s philosophy seems to be the closest to translating into gestures the music printed on page: “A conductor must make music visible to his musicians with his hands. There are two components to conducting, expressiveness and exactness. These two components are in dialectical opposition to each other; in fact, they cancel each other out. A conductor must find the way to bring the two together.”

It seems to me that these methods fall short on one aspect: they set rules but fail to go beyond them. With one exception, at least that I know of: Harold Farberman‘s The Art of Conducting Technique, is the only textbook I’ve read that addresses in a practical way the what-and-hows of being a conductor and translating music into gestures. Of course, having been a student of his makes things simpler.

More often than not, teachers do not have a direct answer to very simple questions like: “how do I make a crescendo?“. They will (hopefully) show you: but if they cannot explain it in a way that it can be reproduced it means that they found a way to do it which only works for them.

Conducting technique is not just, like for any instrument, a set of rules and exercises that any student can follow and practice: that’s only the starting point. In a way, it’s like practicing scales: it’s a dry exercise per se but when a scale is part of a phrase it comes very handy to know how to do it and what to do with it. As a player, you end up owning the scale and when you perform you don’t think of it as a scale; rather, you shape it within the musical structure.

Likewise, in conducting the set of rules becomes a natural thing, and the actual technique is made by the music. Or, in other words, the music makes the technique. That’s what makes it interesting and, above all, useful.

Why is conducting technique so overlooked?

My most immediate answer would be laziness, but there is more to it. Fact of the matter is that for decades we’ve been going at it with a very superficial approach: how many instrumentalists played a lifetime in an orchestra and then declared themselves conductor thinking they could easily do what they had seen for years? How many teachers simply demand the solution to technical problems to experience? How many conductors blame the orchestra most of the times things do not work out as they expected without even realizing they are the cause of the problem?

Ignorance is the real answer: 90% of the people who are not in the business don’t know what a conductor does. The ones who do know think a conductor is there to beat time. Some players think the same by the way. And most conductors think that as long as they know the music everything is passable.

What comes off as amateurish is, in fact, the lack of awareness that conducting technique is a language, and like any language it can be taught and learnt.

The result of this lack of awareness is that most conductors do not conduct the music but simply beat patterns: high, low, big, small, with the hands, in the knees, with the head. Often beating beats with no pulse, which is even less effective, if that’s possible. I think it’s safe enough to say that orchestra players are professionals who are able to count. So, if we exclude complex musical constructions changing meter every bar or situations in which different patterns shape a phrase over the barline (grouping bars together and therefore serving a musical purpose), what’s the point of endlessly beating patterns? None. That’s not the purpose of a conducting.

The ultimate goal of conducting technique is to visually represent the music, in a way that is clear to the players and that reflects the intention of the composer and the interpreter. It’s a tool that serves its bearer, the conductor, who in turns serves the music.

Conducting is hard and it needs to sit on solid grounds in order to be useful. Otherwise, it’s just a circus.