The Holberg Suite op. 40 or, more properly, “From the time of Holberg”, subtitled “Suite in the old style”, is a five-movement suite based on 18th-century dances, composed by Edvard Grieg in 1884, on the occasion of the celebration of the 200th anniversary of the birth of humanist and playwright Ludvig Holberg.

It is an example of 19th-century music containing a recovery of the form and musical style of previous centuries. It can be compared to a not-so-famous piece such as À la Chapelle Sixtine by Franz Liszt (with whom, incidentally, Grieg studied for a period of time in Italy), or something that will be written a little later: the Antiche arie e danze by Ottorino Respighi. 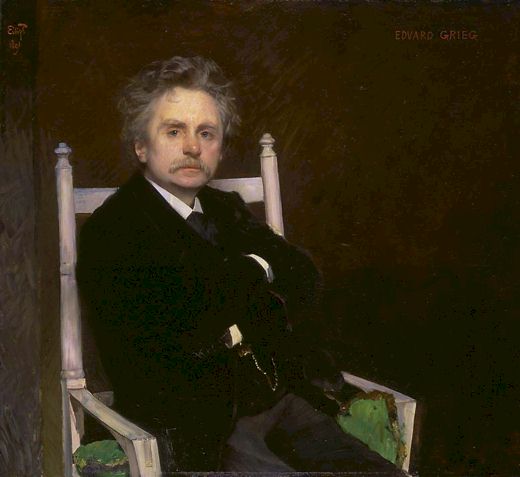 This suite was originally written for piano and transcribed for orchestra after the premiere. The structure consists of a corpus of dances, an homage to Holberg’s time.
After a vigorous Prelude there is a Sarabande in the time of Andante, followed by an elegant Gavotte (which develops internally into a Musette). After this, we find an Aria, rich in the legacy of Bach’s arias, written in the tempo of Andante Religious. The suite ends with the quintessential Provencal dance, the Rigaudon.

The Prelude – as a form – was historically born as an exclusively instrumental piece, devoid of a codified form and generally placed at the beginning of a staged work. Its purely technical purpose is to “warm up” the instrumentalists, and tell the audience that the show is about to start.

The movement starts with a very rhythmic theme, in an exuberant G major, insisting on a cell that will be the backbone structure of the entire movement 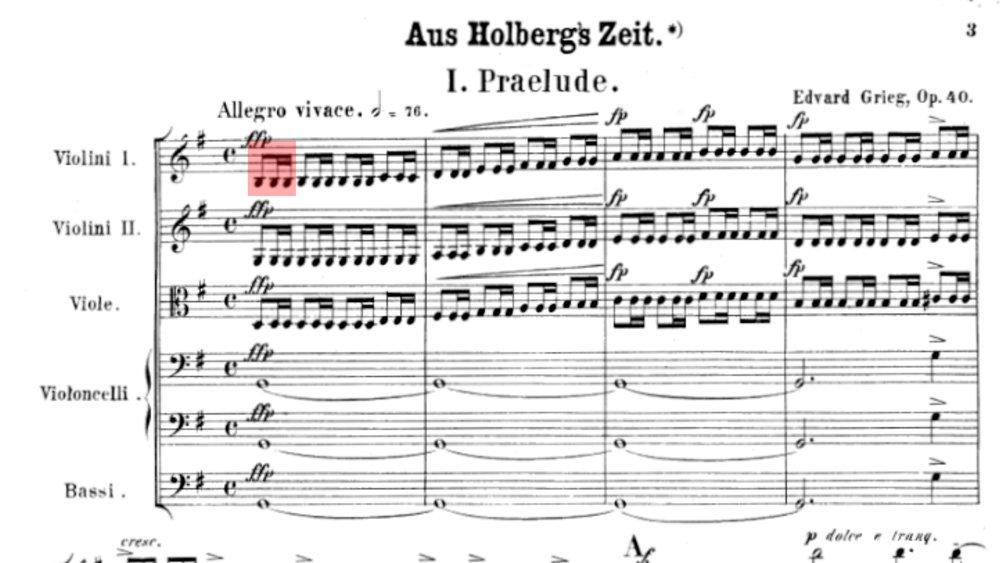 In writing this suite, Grieg manages to capture the original essence of each of these forms, respecting all the structural elements such as the rhythm and the articulations, but bringing their expressiveness to a different level thanks to the romantic influences.