It took me quite a bit of time to write this post: I learnt of Maestro Farberman passing before it became public knowledge but I was pleased to see it got some decent coverage on the internet.

Maestro Farberman could be a dividing personality and quite naturally the net flourished with a plethora of comments from both supporters and detractors. Whoever knows me a bit, knows how close I was to Maestro Farberman, and I still am mourning his inevitable death.

Harold’s contribution to the teaching of the art of conducting is unparalleled: I met him in 2000 for the summer institute at Bard, to which my Italian conducting teacher, Gilberto Serembe, had referred me to. He scrutinized me at the first “hello” and then proceeded for the whole time I was there to break my young arrogant ego bit by bit.

He was “old-school” in his way of teaching, without any of this idiotic pats-on-the-back-no-matter-what we have to endure today in name of the politically correct. Maestro Farberman was all about cutting the nonsense to zero and focus on what really mattered: the music. We, as conductors, are there to serve it, not the other way around.

I’ve seen dozens of students stepping down the podium in tears, of shame or anger: some of them understood the value of the lesson, other, simply, did not. These often turned out to be the very worst kind of conductors: the ones who think they know everything when in fact know very little and blame the orchestra for their own mistakes: two points that Harold stressed enormously. 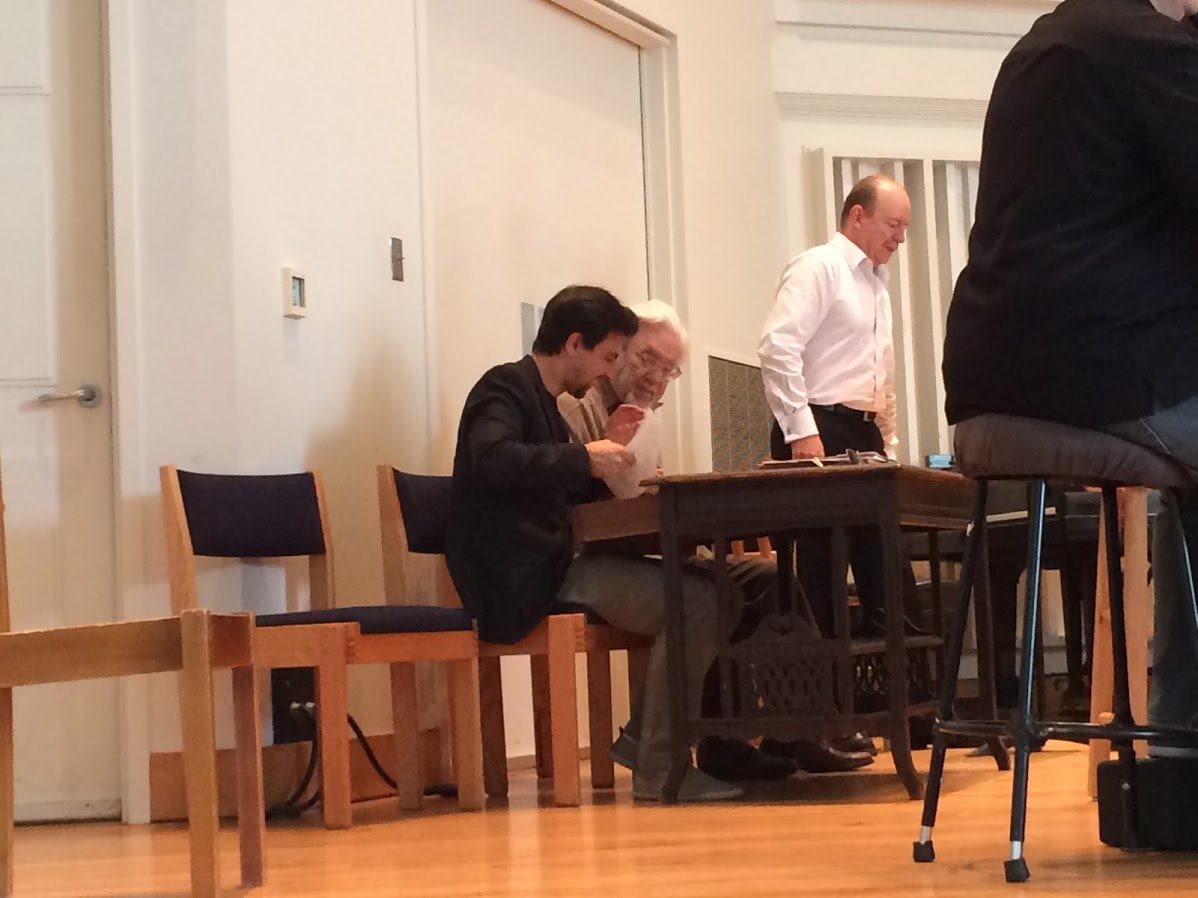 He used to get incredibly angry towards students who would step on the podium unprepared. And how could you blame him? It was a waste of time for everyone, and disrespectful to both the music and the players.

Harold’s focus on the music led him to deeply analyze the various conducting “techniques” students and guest teachers alike would present to him: unapologetically, he wouldn’t make a difference between one or the other. I remember a guest teacher showing a (really ineffective) opening of the second movement of Beethoven 9: his gestures were way too unclear for what he was trying to do, and of course, he went into a 5-minutes long rambling of what the players were supposed to do and/or understand. Maestro Farberman stepped up with his little pencil/baton, showed it instead of talking, and after a perfect opening said to us students: “If you want to try to be fancy, do it as he does; if you want the orchestra to be together, do it as I do.” Of course, this kind of attitude did not win him many friends. But that’s not what he was there for.

Listen, and learn: those were the requirements of a student. Knowing his background and what kind of music giants he walked with, I would say that that would be the only smart thing to do: listen and learn. Refuse and he would get upset. Not so much because you refused to listen to him, but because you were robbing another student’s space, who would have been willing to take what he had to offer.

I’ve heard and read so many negative comments towards him, mostly addressed to his character rather than his teaching. I suspect many of these comments come from students who did not get praised by him for their doing and were/are not really used to being exposed to truthful and open criticism.

Let me tell you: standing on the podium while a Maestro of his stature criticizes you and then getting an extra round from the orchestra players as well is not fun. It’s also invaluable: he created an environment where it was safe to fail and where one could actually experiment and learn what was working and what wasn’t.

I didn’t really enjoy my first summer with him: of course not! He demanded a complete change of perspective. “Forget what you’ve learnt and start from scratch” can be quite a hard statement to accept. Naturally, it wasn’t to be taken literally, but I was too young to understand that. So, like many, I fought against it. However, something sank in. Secretly, I tried to apply some of his teachings during the winter, during my conducting lessons in Italy. I thought they wouldn’t work, “the orchestra at Bard is trained for ” I said to myself. Except, they did work. Nobody realized the cause of it, but they did see the effect. I started to understand what this was all about: every movement we make as conductors is reflected in the orchestra. The players aren’t even aware of it, but they do react in an unconscious way to certain gestures. It was a new language: Harold Farberman decoded it and gave us the dictionary and a full set of grammar rules. Hungry for more, I went back the year after, eager to build my own sentences. I was among the first students of the master program in conducting at Bard. I was there while they were finishing building the Fisher Center for the Performing Arts.

The building opened in 2003. In 2004 we performed “The Song of Eddie“: a new opera by Harold Farberman. I was his assistant and was supposed to conduct one performance. I ended up conducting all of them: his doctor told him his heart would have not been able to take the pressure. I will never forget his tears. Music, in conducting or composing, was his life.

Ten years later, I brought him the score of my own opera, Camille Claudel: the fun fact is that the lead singer of my work was soprano Violetta Lazin, daughter of tenor James McCray who had played Ken in Harold’s opera The Losers, in 1971.

He was one of the most generous, kind and honest people I have ever met. Goodbye Maestro, you are incredibly missed. 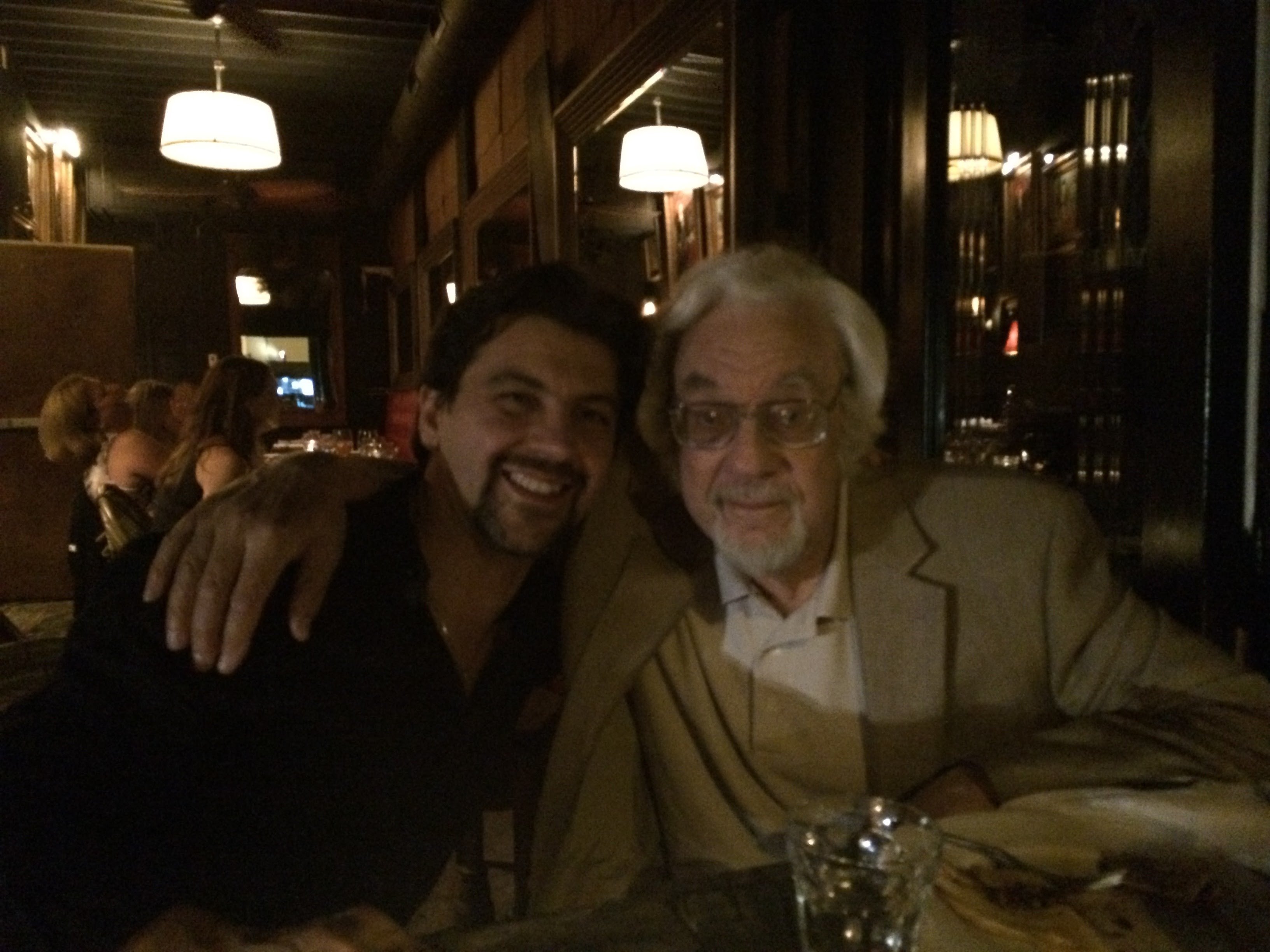 Upon graduating from The Julliard School of Music in New York, Mr. Farberman was invited to join the Boston Symphony Orchestra as a percussionist/timpanist. At the time he was the youngest player ever to become a full-time member of the orchestra. He resigned in 1963 to devote his energy to conducting and composing. In 1966 he was appointed principal guest conductor of the Denver Symphony Orchestra, subsequently becoming the music director and conductor of the Colorado Springs Symphony from 1967 to 1970, and the Oakland Symphony Orchestra from 1971 to 1979. 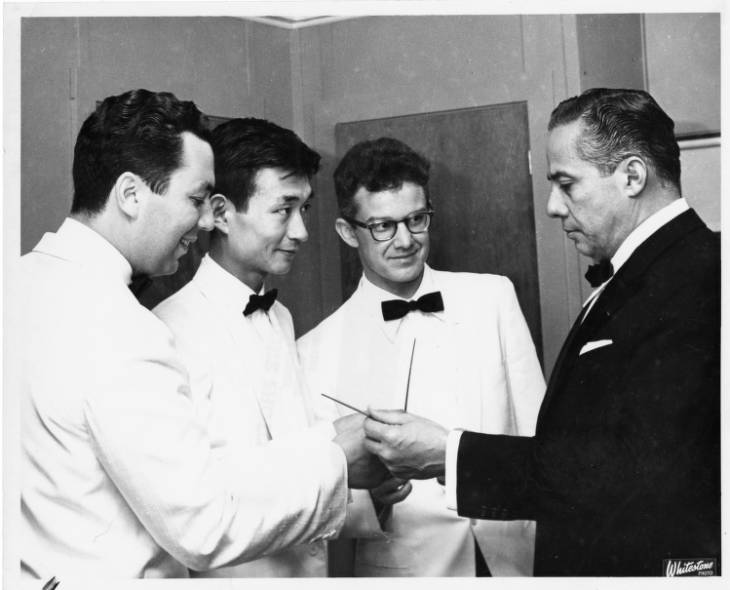 As a recording artist, Mr. Farberman has recorded more of Charles Ives’ works than any other conductor and is the only person to date to have recorded all four of that composer’s symphonies. result he was honored with the Ives Award from the Charles Ives Society. In 1980 he began a project to record the Mahler symphonies with the London Symphony Orchestra and the complete symphonies of Michael Haydn with the Bournemouth Sinfonietta, for MMG Records. His recording of Gliere’s Symphony No. 3 with Ilya Murometz with the Royal Philharmonic on the Unicorn label received Belgium’s highest recording award, the Saint Cecilia Award. The December 1993 issue of the American Record Guide listed Mr. Farberman’s recordings of Mahler’s Symphonies Nos. 2, 5, and 6 as among the best ever recorded. In 1995, he added to his growing list the initial recording of the Mahler Tenth Symphony (Clinton Carpenter version) with the Hungarica Philharmonie Orchestra.

A prolific composer, Mr. Farberman counts orchestral works, chamber music, concertos, ballet music, film scores, song cycles, and two operas among his compositions. His opera, The Losers, written in 1970, was commissioned by The Julliard School of Music and premiered at Lincoln Center the following year.

Mr. Farberman has been a tireless advocate on behalf of conductors. He founded the Conductors Guild in 1976 and served two terms as its first president; it now has 2,000 members. He established countrywide workshops for young conductors when he served as a member of the American Symphony Orchestra League Board in the 1970’s. He is the founder and director of the widely acclaimed Conductor’s Institute, a summer conducting program initiated at the Hartt School where he was Professor of Conducting and in later years relocated to Bard College.

In an interview with Charles Amirkhanian composer Harold Farberman discusses his opera “The Losers,” which was premiered on March 26, 1971, at the Juilliard Opera Theater, Lincoln Center, to an astonished audience which witnessed the saga of a motorcycle gang complete with chain whippings and rape. Farberman begins by giving a detailed synopsis of the work, which tells the story of a fight for control of a motorcycle gang and was intended as a meditation on violence in society. Early reviews that emphasized the violent and graphic sexual nature of the work, as well as a belief that it was meant as a depiction of the Hells Angels, led to rumors that the famed motorcycle club was going to disrupt the remaining performances and police had to surround the concert hall so as to protect the participants and audience. Farberman describes how he sought to break with European opera tradition and create a theater event which relates to people living in the United States both theatrically and musically. The composition included pre-recorded tapes, electronically amplified instruments, a highly unusual brass, and percussion oriented pit orchestra, jazz quartet, and two jazz singers who are onstage throughout the work.