The third movement of Das Lied von der Erde – Of Youth – is the least sorrowful, and the shortest. The speaker expressed his pain in the first two, in different ways, and now enjoys the company of friends at a party. The original poem was titled “A party at Mr. Tao’s Pavilion” written by Li Tai-Po. Li and other poets lived for some time in the mountains, enjoying each other’s company, drinking, singing, and, of course, writing poems. All while living in and praising nature. Among the poets, there was Tao Mien. Most likely, this poem portrays a party at his house. The title change made by Mahler reinforces the theme of time passed and time lost subterranean to the whole symphony. The movement opens with two introductory beats by the horn and a triangle followed by a pentatonic scale theme played by the flute and the oboe. Look at the tempo indication: Behaglich heiter – comfortably cheerful. 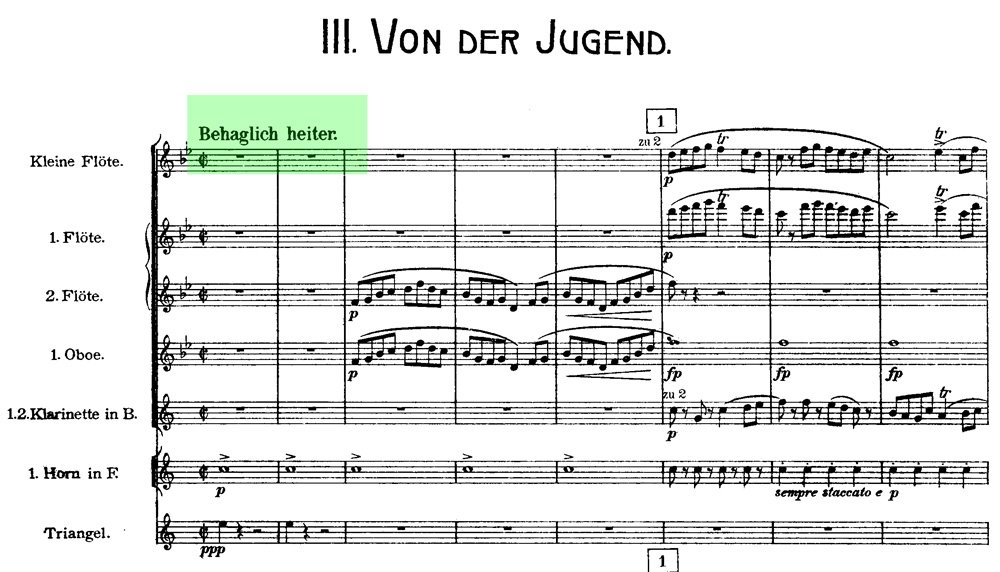 Flutes and clarinets shortly join in in a festive atmosphere

The tenor entrance is marked by a line mostly built on the pentatonic scale. And notice the marking on the strings: saltando, literally meaning jumping. Everything here is light and exotically coloured, leaving behind the gloominess of the previous movements. 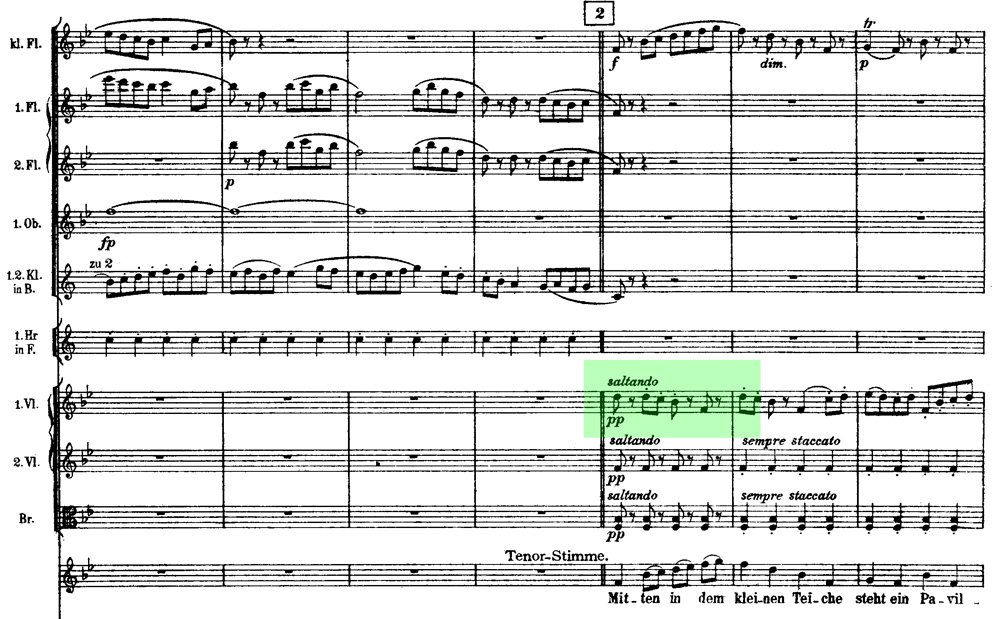 “In the middle of the little pool Stands a pavilion of green And white porcelain.

Like a tiger’s back Arches the bridge of jade Over to the pavilion.”

The second part of the phrase takes an arching shape, seemingly less jumpy in the singer’s line, while the orchestra retains some of that jumping quality in an accompaniment that is, in fact, cut out of the first line of the tenor. At the end of the phrase, the oboes sing the tenor’s opening line.

There’s one more thing: we haven’t heard any strings so far. At number 4 we have the first entrance with a single pizzicato of the cellos. See how Mahler keeps everything very light. At number 5 he still keeps only the cellos, divisi in arco and pizzicato. He could have used the basses for the pizzicato but that would have added a bit more weight to the sound – something he saves for a few bars later. 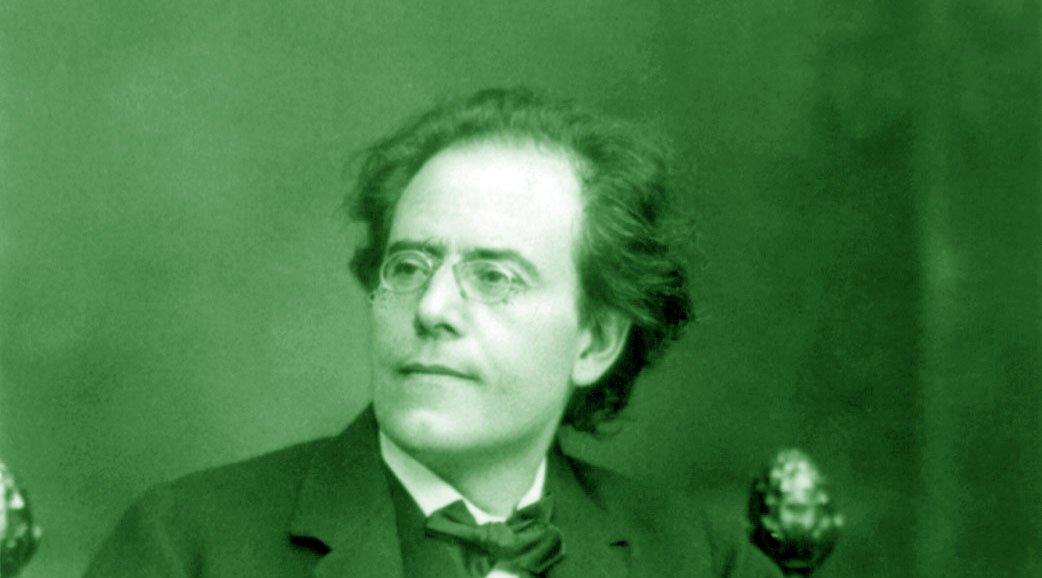 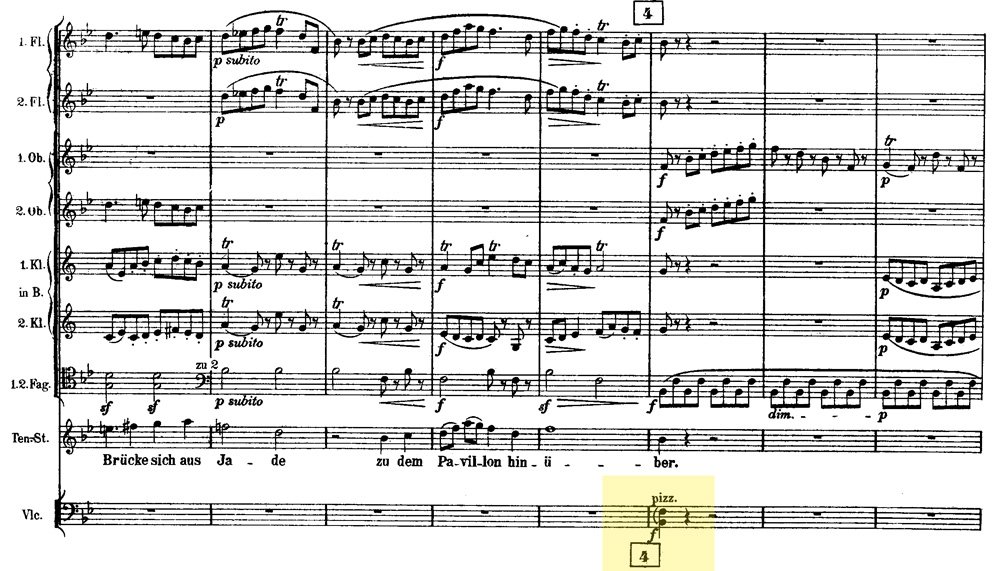