The name of Mieczysław Karłowicz remained unfamiliar to the most for decades. In the recent past though his music has gained a new appreciation, and not only by the closed circles of music nerds like myself. So much that it is included not just in regular programming but also in conducting auditions.

The fact of the matter is that Karłowicz didn’t have enough time: born in 1876 he died in 1909 because of a hiking accident.
He was born in present-day Belarus to Jan, a Polish historian, and musician. From an early age, he began studying the violin for which he would later compose his only concerto.

He studied in Warsaw, then moved to Berlin where he studied with Heinrich Urban to whom the Serenade for strings is dedicated. From 1906 to 1907 he also studied conducting with Arthur Nikisch.

In his short life, Karłowicz wrote a symphony in E minor, a violin concerto in A major, and several symphonic poems, including Odwieczne pieśni (Perennial songs), Stanisław i Anna Oświecimowie, and Powracające fale (Waves that return). He composed several songs for voice and piano. Unfortunately, many of his compositions were lost during the Second World War.

His compositions are written in a late-Romantic style and show affinities with those of Richard Strauss, Albéric Magnard, and Isaac Albéniz. Karłowicz’s music is at the highest levels of Polish music between that of Fryderyk Chopin and that of Karol Szymanowski.

The Serenade for strings – premiered in 1897 under the baton of then Karłowicz’s teacher Heinrich Urban – is in 4 movements: March, Romance, Waltz, Finale and it shows Karłowicz talent for lyrical lines and his affinity with Tchaikovsky and Dvořák’s music.

The 1st movement begins with a 20 bars introduction: the cellos and basses pose a 4-bars question, answered by the violins. Notice that the violas enter 2 bars later while the first violins are playing divisi. This confers a certain lightness to the phrase. 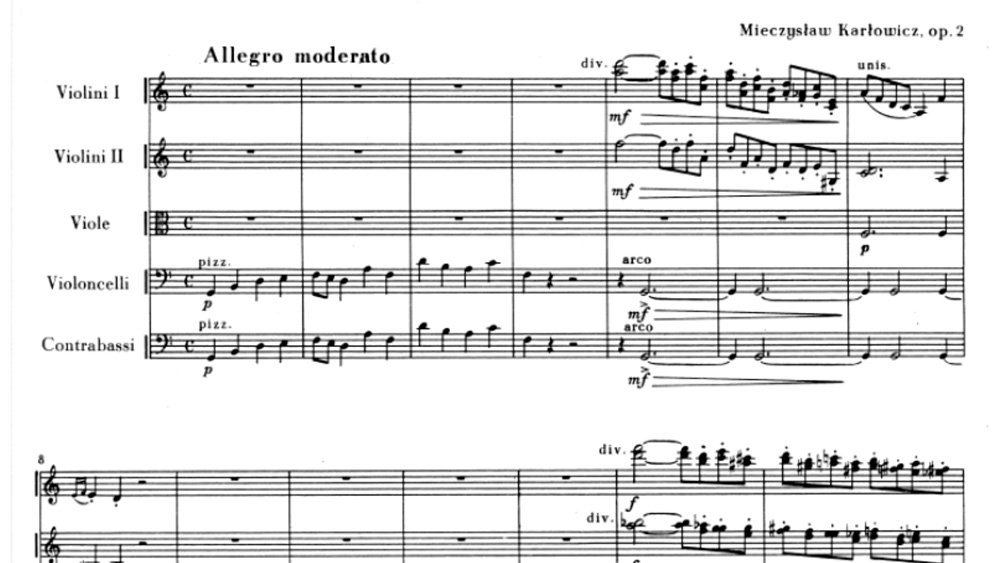 The phrase is repeated, reaching higher, and the violins’ answer serves as a bridge to the march.

The structure of this movement is kind of unusual for a first movement: the introduction leads to a march, with 2 themes, and a short, faster section leading back to the march concludes the first part; then we have a Trio – something typical of a Menuet or a Scherzo, generally the 3rd movement of these kinds of compositions – also split in 2 parts; and finally a repeat of the march with the addition of a coda.

The tempo slows down slightly for the trio, which moves to G major and maintains the march rhythm. Within 4 bars we modulate to B minor 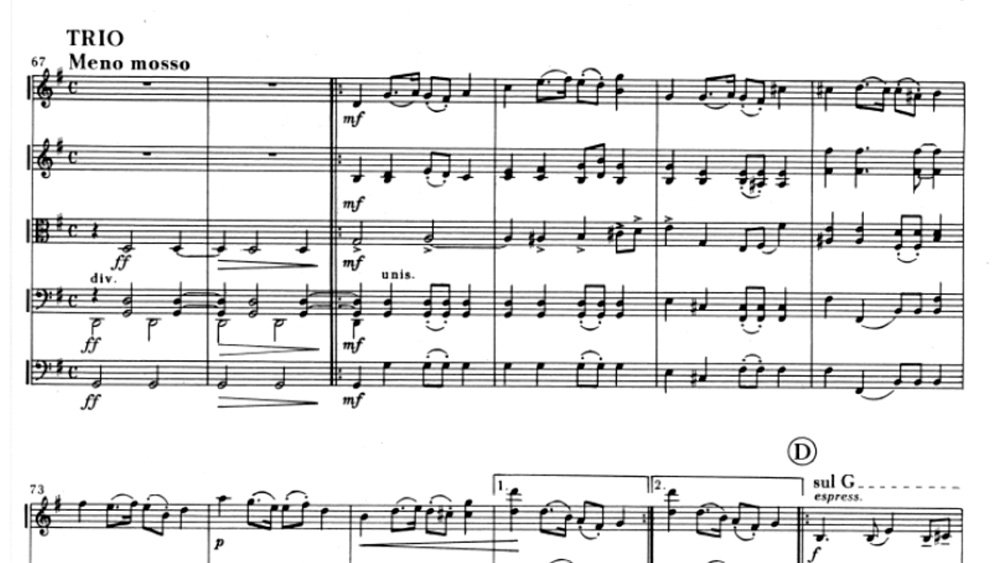 and back to G major, with a classic repeat. The second part of the trio definitely reminds me of Dvořák, both for the passionate main line and of the treatment of the accompaniment 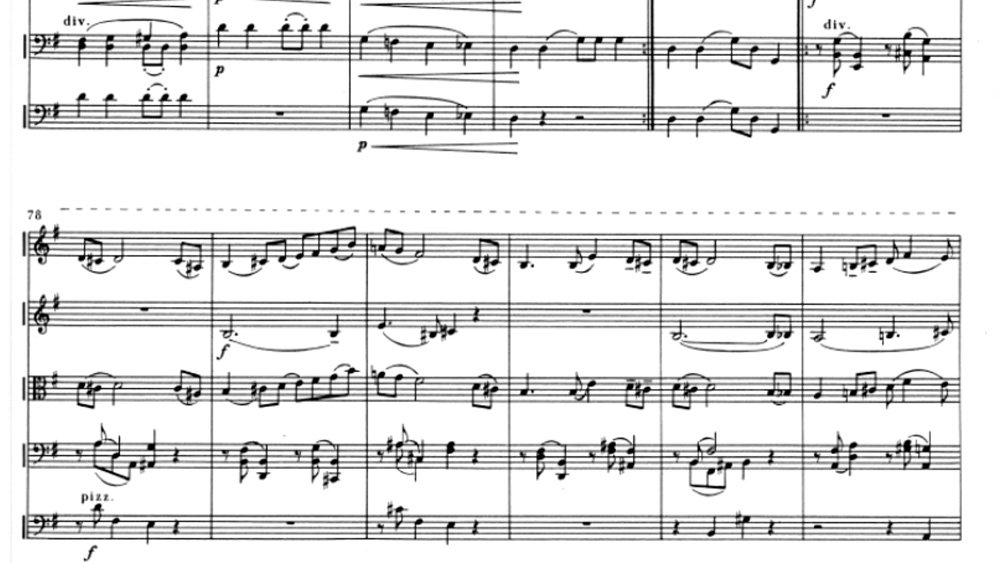 The second half of this section employs the musical material of the first part of the Trio in order to close the phrase, again, in G major.

After a canonical repeat, the march is repeated almost entirely, with the addendum of a coda: an energic build-up takes as to a Più’ mosso which makes use of both the first musical idea and its dotted variant, closing the movement in a powerful C major.