No enemy but winter and rough weather (full review) 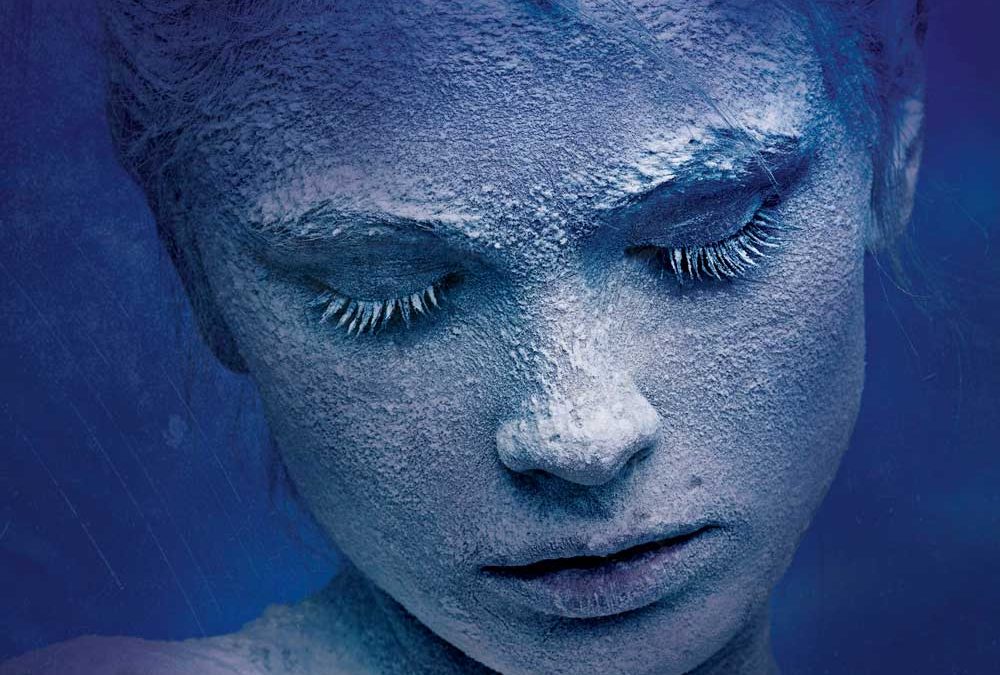 Beginning in 2003, composer Joseph Summer started a series of concerts in Massachusetts and the Virgin Islands, inspired by William Shakespeare. The series took off, gradually expanding to other countries and piling up recordings. This particular one, published by Navona Records, is the sixth recording of the Shakespeare Concerts Series.

The title, No enemy but winter and rough weather,  quite poetic in itself, captures the spirit of the album: music that is inspired by winter, an ever-returning season, both in a year and in life. I was quite taken by the mix and match of the composers present on this album, spanning from Shakespeare’s time to ours.

Joseph Summer’s music opens and closes the album, unveiling a circular and well-thought cyclic concept behind the project. After listening to the entire album a few times, top to bottom, I had the sensation of a certain peaceful resignation: there’s a sense of acceptance towards life and its storms in this music, much like we accept that winter will come again at the end of the year and we won’t be able to stop it. On the other end, we also know it will eventually go away and birds will chirp in the spring. And round and round we go.

There’s a sense of detached anxiety in this piece: the opening chords make room for an almost obsessive musical idea which keeps returning throughout the whole piece. The counterpoint and weight of the music remind of the opening of Wagner’s Meistersinger (though this is minor). In its A-B-A form, the music moves from the Teutonic beginning to a lyrical middle section where the shifting harmonies give the sensation of walking on ice. Pianist SangYoung Kim does a fine job in showing the polyphonic character of the piece in all its nuances and juxtaposed layers. I must say, it’s perfect as an opening piece: interesting and not too tiring on the ears, it left me wanting to see what was going to come next.

William Walton, Under the greenwood tree

The last verse of the text of this song is what gives the title to the entire album: this particular piece comes from his incidental music for a Shakespeare adaptation of As You Like It (1936); the echoes of his early years, when he was singing works by Handel and Haydn in a boy choir, are evident in the piano. What I like best about this piece is the soothing melody: a musical idea which sounds almost detached and subdued to fate, in an unmistakably melancholic British way.

Under the greenwood tree

Under the greenwood tree

Korngold takes on the same text in this song (with an extra strofa): it’s a nice setting, but to me less enticing than Walton’s version. Still, it’s quite interesting to see how different composers can set the same text to opposite music.

When do birds do sing

This is a much light-hearted piece: lovely in its conception, it delivers the idea of birds chirping and flying around. The piano never goes to the lower register, keeping the accompaniment very airy. The color of Kathryn Guthrie’s voice accentuates the chirping quality of the piece.

Thomas Morley, It was a lover and his lass

We jump back in time to Shakespeare’s time with this lovely song by Thomas Morley (1557 or 1558 –  1602), one of the most famous composers in the golden age of England. Taking on another text from As you like it, Morley paints a delightful picture of spring and chirping birds, well rendered by tenor Luke Grooms who has no trouble with the agilities. The harpsichord adds that charm of 16th century’s courts.

We’re taken back to the wintery mood with this arrangement for voice and strings of Sleep, a semi-dark song by enigmatic British composer Peter Warlock. Warlock was, in fact, born Philip Arnold Heseltine in 1894, but published all his works under the pseudonym of Peter Warlock, a reflection of his interest in occult practices. He died aged 36 in 1930 due to an intoxication by coal gas (whether it was voluntary is still a matter of debate). A fine composer, his music reminds me of Skrjabin’s works, with much darker tones. The moving harmonies in this song create a constant tension which gets dissolved only with the final chord. Kellie Van Horn’s warm voice balances the no-vibrato cold sound of the strings, creating an interesting duality that accentuates the almost oniric character of the piece.

Another comparison of the same text set by two different composers

Thomas Arne’s version is certainly lovely to listen to: it’s quite light-hearted, considered the text, and follows the standards of early 18th century music.

One of my personal favorite’s of this album: gloomy and sad with a touch of anger, this setting by Korngold is enchanting. Both Thea Lobo ad SangYoung Kim’s phrasing is on point.

Blow, blow, thou winter wind,
Thou art not so unkind
As man’s ingratitude;
Thy tooth is not so keen,
Because thou art not seen,
Although thy breath be rude.
Heigh-ho! sing, heigh-ho! unto the green holly:
Most friendship is feigning, most loving mere folly:
Then, heigh-ho, the holly!
This life is most jolly.

Freeze, freeze, thou bitter sky,
That dost not bite so nigh
As benefits forgot:
Though thou the waters warp,
Thy sting is not so sharp
As friend remembered not.
Heigh-ho! sing, heigh-ho! unto the green holly…

We stay in the 20th century with American composer Dominick Argento (b. 1927), mostly known for his song cycles From the diary of Virginia Wolf (which won him a Pulitzer Prize for music in 1975) and the Six Elizabethan Songs. Needless to say, both Winter and Dirge are from the latter. This cycle is nowadays fairly established in regular concert programming: while Winter is a brisk song – not at all easy to sing, but tenor Luke Grooms does a great job with it – Dirge is a more reflective one: soprano Andrea Chenoweth has the right voice type and elegance to do justice to this piece, wonderfully accompanied by the Arcadia Players.

Donald Busarow, Death be not proud

Donald Busarow sets this sonnet by English poet John Donne (1572–1631) to an intriguing combination of soprano, piano and French horn. The horn warmly underlines the delicate soprano lines, while it makes for a powerful counterpart where the music gets more excited. Kevin Owen’s tone is beautiful, warm, perfectly on pitch and well balanced. While this piece partially sits in the 20th-century’s harmonic language, it preserves the melancholic qualities of English music, stirring up a wonderful mix of old and new.

The last 5 pieces of the album are all Joseph Summer’s; the first of the series is, again, a sonnet by Shakespeare: Summer explores the extremes of the bass vocalities, but the whole piece sits mostly in a comfortable area for the singer. The obsessive idea in the piano part keeps coming back, as a reminder of the inevitability of time passing, the subject of this sonnet.

Joseph Summer, O! that this too too solid flesh

The journey continues with the entire soliloquy of Hamlet (Act 2, Scene 1), where the voice and piano interlace in a powerful 7 minutes cauldron of ideas, depicting the doubtful mind of Hamlet in this particular scene.

This is not a standalone piece, but part of Summer’s chamber opera The Tempest, a Shakespearian work that has inspired so many composers. The feeble beginning of the strings took me right into the scary excitement that surrounds an incoming storm, while the piano speaks of loneliness. The flutes resolve the tension for a few seconds, making way for the singers’ entrance. The dialogue gradually intensifies till the violins go back to the same feeling of loneliness of the piano in the beginning. Gradually and relentlessly the music grows to reach the zenith, only to deflate once more into the inevitability of the beginning.

Joseph Summer, The quality of mercy

A quote from The Merchant of Venice (Portia, Act 4, Scene 1). The liquid piano accompaniment reminds of the laguna’s waves, relentlessly coming back throughout the piece, with descending arpeggios in the right hand painting the falling rain. Mercy and forgiveness, some of the most common themes in Shakespeare’s opus, are given the voice of begging and passion while keeping the sense of dignity of Portia. Unsure of the outcome, the music ends with a question mark, suspending the harmony and waiting to see what will be next.

Joseph Summer, When that I was and a little tiny boy

The last piece is based on a text from Twelfth night: given the character of the play and the abundance of jokes in it, I suspect this piece was chosen to close the album as a way to cast winter away with humor. Summer’s take on it is almost sarcastic, with an ostinato pizzicato in the lower strings and Shostakovich-like tensions in the upper strings that resolve only with the very last chord.

I love discovering new music, and this has certainly been a pleasant discovery to which I’ll go back now and again.

You can buy a single track or the full album on Amazon.

The album is also available on Spotify and, of course, through Navona Records.

Did you like this album? What was your impression? Let me know in the comments below!

Welcome to my blog. I hope you’ll enjoy it: don’t forget to leave a comment, I always enjoy reading your opinions!