The symbolist play “Pelléas et Mélisande” written by Maurice Maeterlinck never had much success on stage.
The tragic story of the title characters, entangled in an impossible love triangle that reminds of Paolo and Francesca, was derided by critics at its premiere in 1893.
It did, however, get the admiration of many artists: from Strindberg to Rilke, from Sibelius to Debussy – who wrote an entire opera on it – to Gabriel Fauré.

Fauré was, in fact, the first leading composer to write music inspired by this drama with his incidental music to the play.
Fauré’s music was written for the 1898 London production of Maeterlinck’s play and commissioned by the star of the show, Mrs. Patrick Campbell.

In truth, Campbell had asked Debussy first, but he refused, being already busy with the operatic version of the play.
The deadline was pretty tight and Fauré resorted to one of the oldest tricks in the book of composers: reuse music he had written earlier and never published.
That wasn’t enough: he also had his pupil Charles Koechlin work on the orchestration.

Analysis and technical elements of 3 masterpieces of the French repertoire

Later on, Fauré created a suite out of the original theater music – a very common practice – orchestrating the music himself this time. He still used Koechlin’s score as a starting point but reworked it for a larger force.

The Prélude is based on two themes: the first one opens the prelude played only by the strings minus the double basses. A comforting G major quickly turns into a mysterious E minor. Notice the pizzicato of the double basses and the longer slurs the second time the opening theme is repeated, to underline the pianissimo dynamic. 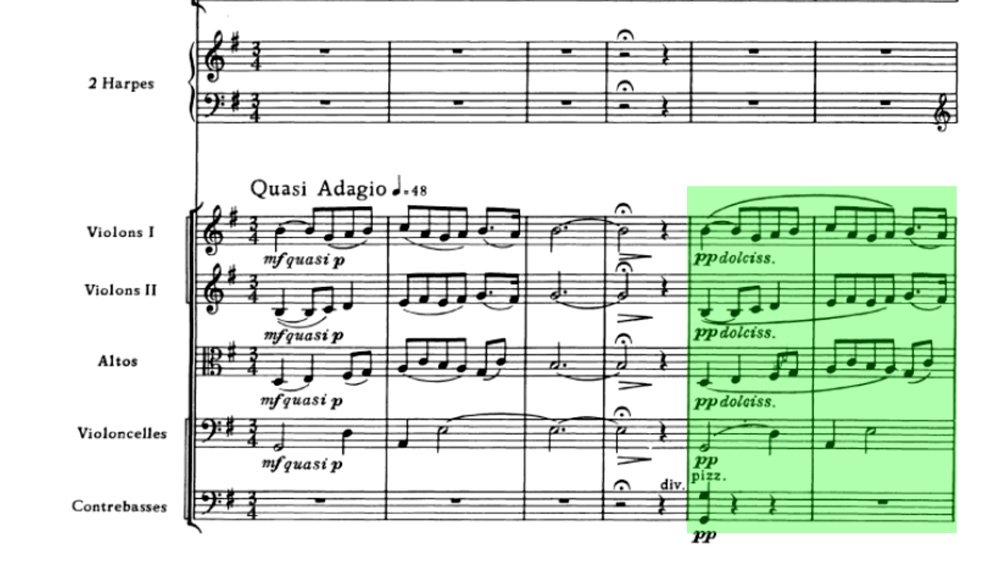