Inspired by the novel by Antoine François Prévost “History of the Chevalier Des Grieux and Manon Lescaut” (1731), the opera was composed between the summer of 1889 and October 1892. To lengthen the time of composition was above all the difficult gestation of a libretto that passed into the hands of many writers – in particular Marco Praga, Domenico Oliva, Giuseppe Giacosa, and Luigi Illica. Ruggero Leoncavallo (the very same composer with whom Puccini would have a querelle a few years later about his next opera, La Bohème).

This whirlwind of librettists shows, in the final analysis, how the only true “author” of Manon Lescaut was Puccini, who among other things changed the initial dramaturgical plan by eliminating one act completely. Puccini’s sense of theater was one of the things that drove his librettists crazy. But it was also key to the success of his operas. 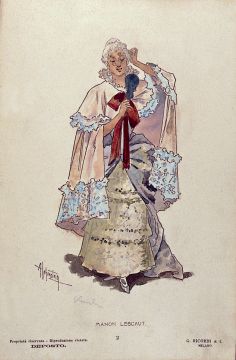 The adventure of Manon Lescaut began a few months after Edgar‘s debut, on April 21, 1889, whose partial failure was attributed by everyone to the weakness of Ferdinando Fontana’s libretto.

In this period Puccini was engaged on three fronts: the remake of Edgar, the composition of the new opera, for now destined for the Teatro alla Scala, and the reduction of Wagner’s Die Meistersinger von Nürnberg commissioned by Ricordi, to realize which he went to listen to Wagner’s opera in Bayreuth. 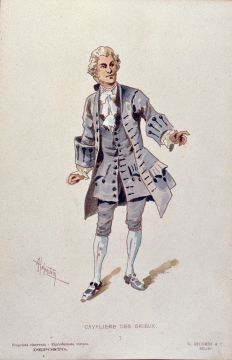 Puccini took some musical elements in Manon Lescaut from earlier works he had written. For example, the madrigal Sulla vetta tu del monte from act 2 echoes the Agnus Dei from his 1880 Messa a quattro voci. Other elements of Manon Lescaut come from his compositions for strings: the quartet Crisantemi, written for the death of Amedeo of Savoy in January 1890, became an integral part of the last act; and the love theme comes from the aria Mentia l’avviso of 1883.

The famous love duet between Manon and Des Grieux forms the basis for the intermezzo opening the third act, which became one of Puccini’s most popular symphonic frescoes.

The color of the piece is clear from the few introductory bars of the Lento espressivo: violas and cellos divisi, plus a solo violin for a couple of bars.

The atmosphere is mysterious, dark, made unstable by chromaticism. Everything is enriched by a large number of indications in the score: con espressione, sostenendo, espressivo, plus a plethora of crescendo and diminuendo. This is all part of Puccini’s composing fingerprints: push and pull, huge leaps of expressivity, and the art of rubato. 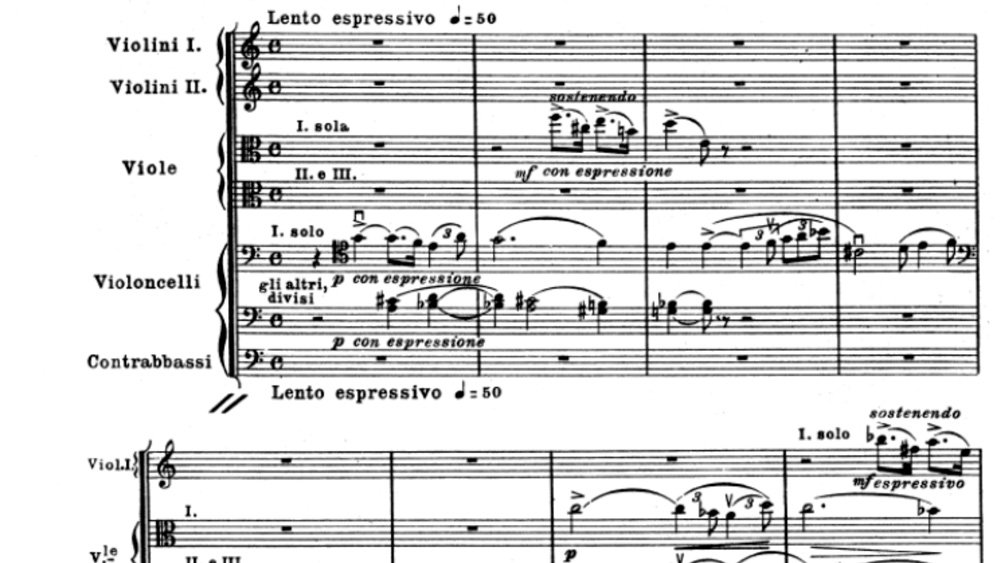