Scheherazade and the tale of the Kalandar Prince

If there ever was a composer that embodied the “fake it until you make it” saying, this was Rimskij-Korsakov. An amateur composer at first, to his own admission he “could not harmonize a chorale, had never done any exercises in counterpoint, had no idea of a strict fugue, and could not even name the chords and intervals.“

And, mind you, when he pronounced these words he was referring to 1871, the year that brought him an offer to be a professor in Practical composition at St. Petersburg Conservatory. Thanks to his reputation as an “ultra-modern” composer.

He knew very little of orchestration and instrument capabilities, teaching himself just before teaching his students.

He bluffed his way through and managed to become one of the most respected teachers and composers Russia had ever had.

Possessed by a wild imagination he worked his way through symphonies, choral music, songs, piano works, editions of Mussorgsky, Borodin, and folk-songs, and, of course, operas.
He even ended up writing an orchestration manual titled “The revised principles of orchestration“.

Fuelling his inspiration with the exotic adventures of his naval career, Korsakov drew from The Tales of the Arabian Nights for Scheherazade.

In short, the scenario is revealed to us by Korsakov himself, who writes in the preface to the score:

“The Sultan Shahriar, convinced of the duplicity and infidelity of all women, vowed to slay each of his wives after the first night. The Sultana Scheherazade, however, saved her life by the expedient of recounting to the Sultan a succession of tales over a period of one thousand and one nights. Overcome by curiosity, the monarch postponed the execution of his wife from day to day, and ended by renouncing his sanguinary resolution altogether.” 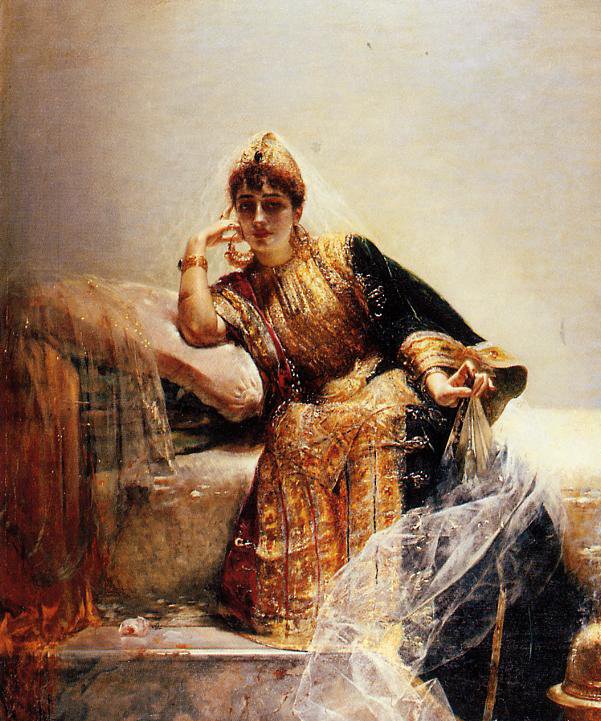 Written in 1888, Scheherazade was originally conceived almost like a symphony in 4 movements: a Prelude, a Ballade, an Adagio, and a Finale.

But Korsakov soon realized that the programmatic nature of the work did not suit the symphony as a form. It is, in fact, a symphonic suite.

Rimsky-Korsakov Scheherazade: an analysis of the 2nd movement

The 2nd movement is the Tale of the Kalandar Prince. In the medieval Islamic world, a Kalandar was a wandering mystic who led an ascetic lifestyle, relying on charity for his sustenance. The title might seem like a paradox. But in the original tale there are 3 characters who began life as princes and through a series of misfortunes, became begging Kalandar.
What we’re not sure about is which one of these 3 princes we’re seeing in the score. But that’s a detail we can live without.

By the way, a reference to the shipwreck present in the third Kalandar Prince’s tale will pop up in the final movement.

The opening is left to Scheherazade’s theme in a fantastic solo violin. This movement is written in a ternary form (ABA) in terms of themes. But in fact, it is a colorful succession of variations.

The theme of the prince is a Russian folk song, played by the bassoon

From a technical point of view this is pretty straight forward: don’t do anything. Leave the solo violin and the harp alone in their intimate dialogue.
Mark the bar of the cadenza and get the entrance of the harp, basses, and bassoon at the Andantino.

This solo of the bassoon should be treated like a recitative until 2-3 bars before letter A: mark the harmonic changes (for the basses) but leave freedom to the soloist.