The name of Franz Schreker, unfortunately, will not sound familiar to many of you. Schreker was a composer who, in his lifetime, went from being hailed as the future of German opera to being considered irrelevant.

He was influenced in his music by Richard Wagner and Richard Strauss but eventually, he developed a very personal language that, while still remaining tonal, explored extreme chromaticism and even polytonality.

His fame peaked during the early years of the Weimar Republic when he was the most performed living composer in the German-speaking world after Richard Strauss. First-rate conductors like Otto Klemperer and Erich Kleiber were premiering his works. But a couple of mixed receptions of his operas along with the rising of antisemitism changed his fortunes. In a few years, he was completely marginalized and died of a stroke in 1934, 2 days shy of his 56th birthday.

Der Schatzgräber (The Treasure Hunter) was written between 1915 and 1918. Schreker wrote also the libretto of the opera. The premiere took place in 1920 in Frankfurt.

This was Schreker’s most successful opera with more than 350 performances in over fifty cities between 1920 and 1925.

It’s the opening of the curtain, grabbing your attention right away with a powerful entrance of the woodwinds, violas, and cellos sustained by the horns and basses, and an energic timpani hit. The first violins enter on the second bar doubled by the second on the third. Everything is very dark, with everyone playing in the lowest register of their instrument 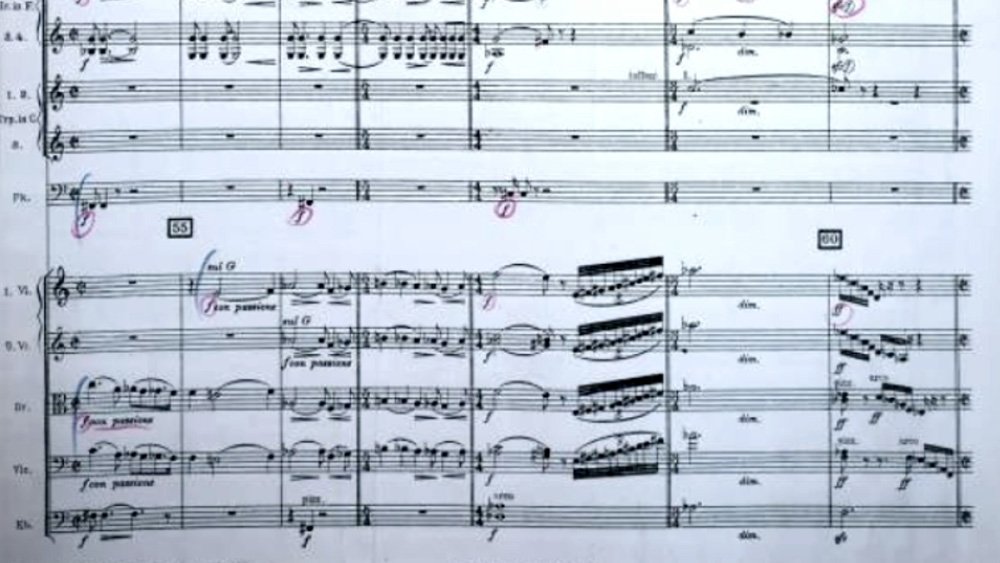